» Entertainment » News » 2019: I Have No Candidate For Presidency â€“ ex-president Olusegun Obasanjo says

2019: I Have No Candidate For Presidency â€“ ex-president Olusegun Obasanjo says 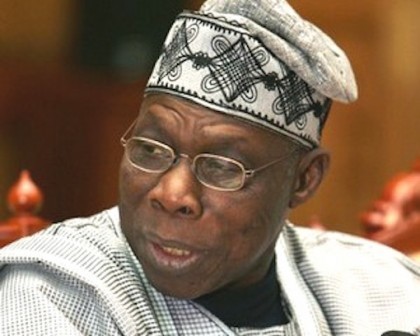 Former President Olusegun Obasanjo says he has no candidate for any political office in the 2019 general elections.

Speaking when a group of political group paid him a visit at his home in Abeokuta yesterday February 7th, Obasanjo said he would remain an elder statesman with a passion for a greater Nigeria. According to Obasanjo, his statement on President Muhammadu Buhari was not meant to disrespect the office of the president or embarrass him, but rather to articulate his views about the situation in the country and offer his candid advice.

''In the year 2015, I said I would no longer participate in partisan politics. And I still stand by my decision. Everybody, irrespective of his or her political affiliation is free to come here for advice. I will gladly do that. I have no candidate, whatsoever, for any political office. I just believe that things must be done differently in Nigeria to get a different result. If you study our transitions since the colonial era, they have all taken place without taking the people of the grassroots into consideration. So, CNM is about the people at the grassroots. It is a socio-economic movement where youth and women, especially, will be given the opportunity to appreciate their interests and power. Unlike before, I believe we must put the horse before the cart. If the system and the platform sync, I believe Nigeria will get there. And like I said, the moment the coalition gets involved in candidate sponsoring or participates in partisan politics, I will opt out of it.”he said

0 Response to "2019: I Have No Candidate For Presidency â€“ ex-president Olusegun Obasanjo says"