» Entertainment » News » Almost two decades after taking a baby from a hospital and raising the child as her own, woman pleadsÂ guilty to kidnapping

Almost two decades after taking a baby from a hospital and raising the child as her own, woman pleadsÂ guilty to kidnapping 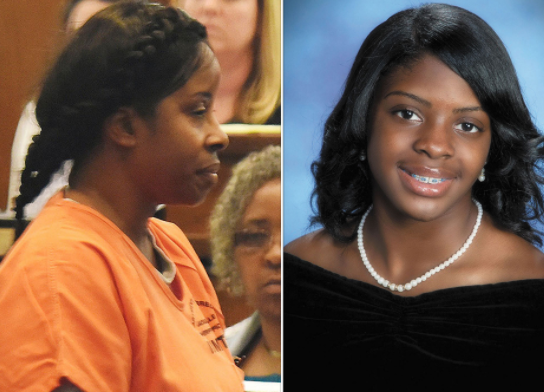 Almost two decades after taking a baby from a hospital and raising the child as her own, a South Carolina woman pleaded guilty Monday to kidnapping and interference with custody.

52-year old Gloria Williams, allegedly posed as a hospital nurse and took Kamiyah Mobley only hours after she was born on July 10, 1998, at a Jacksonville, Florida, hospital.

The infant's mother, Shanara Mobley, told investigators a woman she thought was a nurse entered her room. The new mother asked the woman to place her daughter in a baby carrier, but the nurse instead left with the newborn, according to an incident report filed with the sheriff's office.

Authorities said Williams used fraudulent documents to establish a new identity for the child and raise her in Walterboro, South Carolina, northwest of Charleston. That child, now 19, goes by the name Willisams gave her, Alexis Manigo.

Prosecutors are seeking up to 22 years in prison on the kidnapping charge and up to five years on the interference charge under the negotiated plea deal, said David Chapman, a spokesman for the Florida state's attorney office for the fourth judicial circuit. Sentencing is set for the first week of May.

Court documents reveal Manigo may have known about her hidden past for months. Following up on a tip given to the National Center for Missing & Exploited Children in August 2016, detectives interviewed a witness who said Manigo claimed she was kidnapped from a Jacksonville hospital as a baby, according to the affidavit for Williams' arrest.

A DNA test during the investigation revealed that Manigo was the infant.

After her arrest, Williams was extradited to Florida in January 2017 and charged with kidnapping. Manigo, who has met her biological parents, told HLN's Ashleigh Banfield last year that she loves the woman and still considers her mom.

0 Response to "Almost two decades after taking a baby from a hospital and raising the child as her own, woman pleadsÂ guilty to kidnapping"