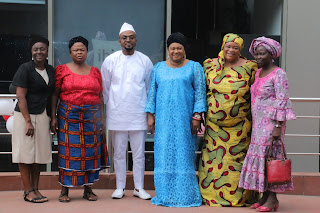 Valentine Day lunch with Nigerian widows at Ibis Hotel on 14 February 2018.
Ambassador Felix King, who recently received the Trinity University of Georgia, Humanitarian award, together with his daughter, Omozele-Alicia King hosted 15 poor widows and their children to a memorable and special valentine lunch session. 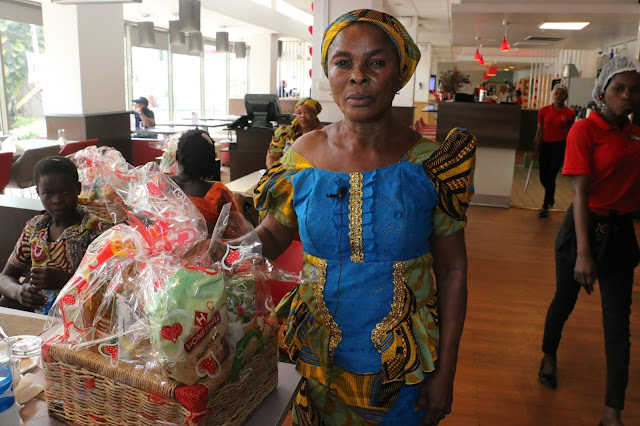 One of the poor widows, who attended valentine day lunch with Ambassador Felix King after the lunch at Ibis Hotel, Lagos On February 14 2018.

It was a Valentine day to be remembered for as the founder of Felix King Foundation, his daughter, Oniga and 15 poor widows ate and drink the food and drink of their choices. 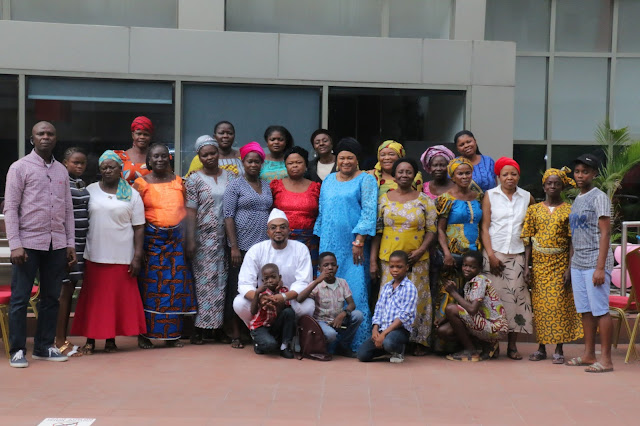 Cross section of poor widows having lunch with Ambassador Felix King at 2018 Valentine Day lunch with widows at Ibis Hotel, Ikeja On February 14 2018.

Oniga, who encouraged the widows to engage in trade rather than resorting to self-pity, charged them to start small and grow big.

She said the era of self-pity by widows is gone and that every widow should endeavour to pick herself up and move on with life because there are children to carter for without the husband.

She said if they are to succeed they have to turn blind eye to worldly things like buying asoebi, partying and the rest. “Don’t compete with your little money with others to buy clothe for parties; if you grow your business you can afford anything tomorrow. Use Felix King money wisely and meaningfully”, she advised. 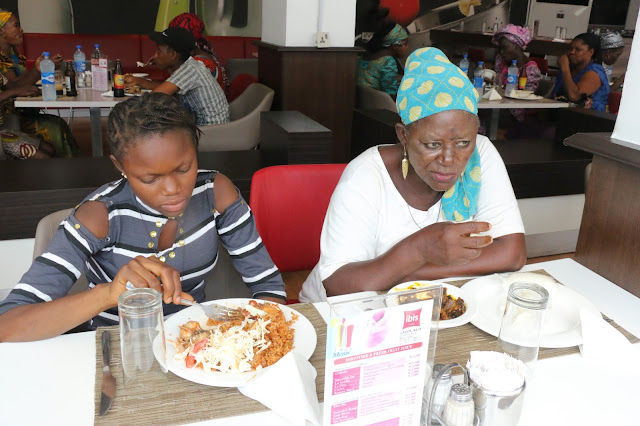 While appreciating personal efforts in ameliorating the suffering of the widows, Oniga call on government to intervene in the plight of widows in the country.

“We are calling on governments at all levels to intervene in the plight of widows and make laws that will stop their maltreatment by the husbands’ immediate families. Several widows are suffering today because of denial, deprivation and wrongful accusation by the communities”, she said.

She thanked King for his tenacity in improving the living standard of widows and their children.

“We thank you and pray God to support you in your endeavours as you continuously think of the betterment of the helpless in our society”, she said. 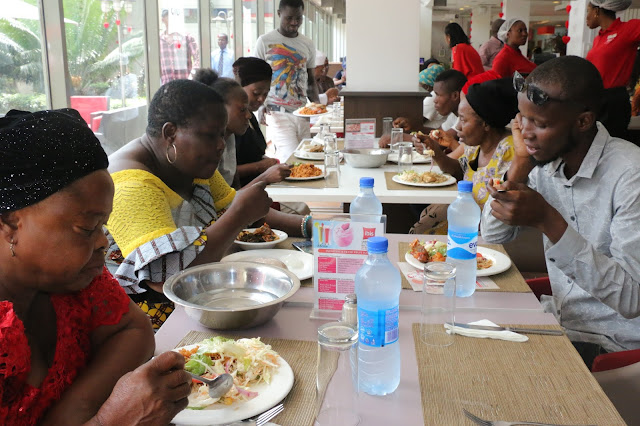 According to Oniga, “I have never witnessed it before that a comfortable man will leave his family on a Valentine day to dine and wine with helpless and rejected widows. King is a rare breed among the affluence in Nigeria”.

There was enough to eat and drink. King also gave them rich hampers and transportation fare after the meal.

Phina Agu, one of the widows who attended the lunch, in an emotive mood said, “Felix King is our son and our husband. He has been taking care of widows for over 2 years and he does not look like he is tired to do it for us. God will protect and bless him and his household.

Another widow, Mrs. Kehinde Adeniran, thanked Oniga for the admonition while cautioning other widows to utilise the business grant from King gainfully.

“We are grateful for your advice Ma; we will do as you have instructed. I urge all of us to use the money well so that he will get encouragement in doing more for others”, Adeniran said.

An elated Felix King stated that Valentine day is time to show love to others or husband to wife and vice versa, adding “But we decide to share this moment with the widows because they mean a lot to us. We are grateful we could, at least, put a smile on their faces”.