''We are not aware of Boko Haram leader, Abubakar Shekauâ€™s whereabouts'' Nigerian Army 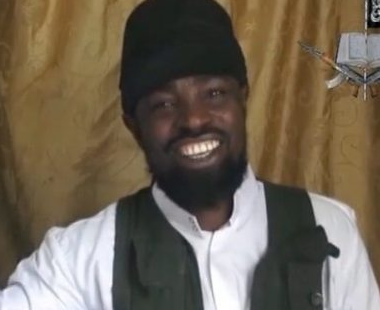 The Nigerian Army has dismissed as “misleading” reports indicating that the Boko Haram factional leader, Abubakar Shekau, escaped to Cameroun. Sahara Reporters, yesterday published a report claiming a commander in the sect arrested on Valentine's day had confessed that Shekau was in Cameroun.

The Army in a statement by Brig.-Gen. Sani Kukasheka, the Director, Army Public Relations, says the report is false as it is unaware of Shekau's whereabout. A N3 million bounty has been announced by the military for any informaton that will lead to his arrest. Read the statement below

0 Response to "''We are not aware of Boko Haram leader, Abubakar Shekauâ€™s whereabouts'' Nigerian Army"