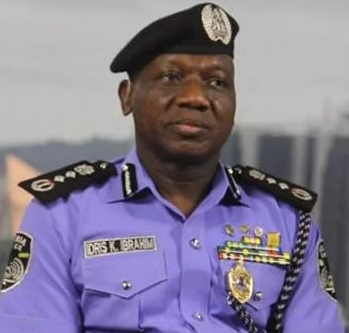 The House of Representatives today passed a vote of no confidence on the Inspector General of Police, Ibrahim Idris. The lawmakers passed their vote while deliberating on the repeated killings in Benue state. The lawmakers called on President Buhari to immediately fire the police chief and replace him with a more professional police officer.

While raising the motion, Danburam Nuhu, from Kano state, drew the attention of the lawmakers to the “complicity” of the Nigeria police in the political clashes between supporters of the state governor, Abdullahi Ganduje and the past governor, Rabiu Kwankwaso.

Nuhu described as “unfortunate” the rising cases of thuggery in the state, saying it is sponsored by some politicians.

“In fact, the recent thuggery experience in Kano was championed by q current high ranking member of the hallow chamber. We must use all legislative instruments available to this house to discourage it in the strongest terms and curb thus barbaric act of terror.”

Speaking on the motion, another lawmaker, John Dyegh, from Benue state, accused the police of not tackling the herdsmen/farmers crisis in the state as they should. Dyegh said the residents of the state have alleged that the suspected herdsmen killers were camped in a local government area in Nasarrawa state “and a whole IGP claimed he was ignorant of such.”

“The intelligence reports from security agencies across the country were clear that these killers were still there. The IGP later went and said there was no such thing. It is obvious the IGP is incapable of his job. So I am amending the prayers to be that the president should replace the IGP with a more professional police officer.”.

The motion was so amended.

0 Response to "Benue killings: House of Reps pass vote of no confidence on IGP Idris Ibrahim, demand his resignation"