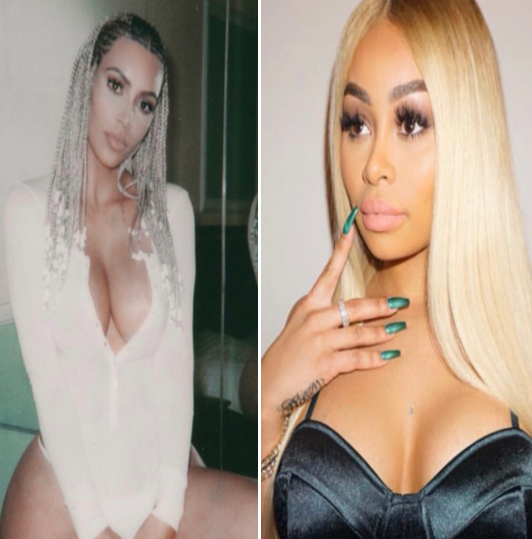 Kim Kardashian revealed on February 1st when she launched her new KimohiHearts fragrance that she was sending some as Valentine's day gift to her lovers and haters.

Blac Chyna's name was among the hater category and the mum-of-two is reportedly mad at her baby daddy's sister for being so petty. Blac Chyna got the box of chocolates and perfume two days before Kim went on social media to make her post about sending gifts to her haters.

According to a TSR source, "Chyna was pissed when she got the package because it was just sitting outside her gated house with a blue sticky note attached to it with her name and address. Chyna thought it was weird that Kim was sending her a gift, seeing as though she’s suing her."

Chyna ended up cracking the heart open, but unlike everyone else, she didn’t eat hers.

The source said: "One of her friends started eating a piece and then someone made a joke that it might be poison and they threw it out."

Chyna really didn’t have an issue with the gift until Kim made her petty post on Instagram.

The source added: "Chyna called her lawyer, Lisa Bloom, after she saw the post and asked if she could do anything about it because she felt like Kim was taunting her. Chyna was told that there was nothing she could do and that pissed her off even more.

"Chyna said because she’s Kim Kardashian she gets away with it but had it been me because I’m Blac Chyna they would’ve locked me up and said I’m threatening her."

Title : Blac Chyna wasn't mad about Kim K's Val's gift until her post 2 days later placing her as a hater
Description : Kim Kardashian revealed on February 1st when she launched her new KimohiHearts fragrance that she was sending some as Valentine's day gi...
Rating : 5
Related Posts: Entertainment, News