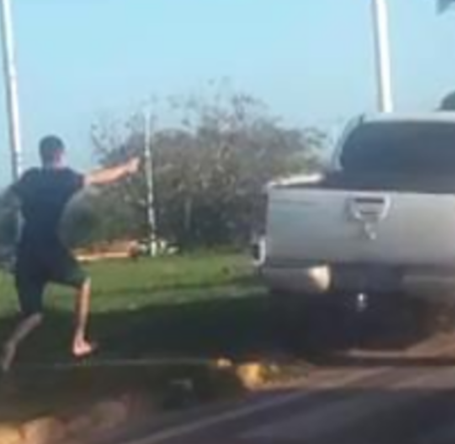 A viral video shows the moment a Brazilian drug gang killed their rival on livestream, and the young man's family was tagged to the video of his murder.

In the video, a gunman is seen chasing after his rival's truck and firing shots at the driver of the moving vehicle while his accomplice sat in a nearby car filming the incident. The driver identified as Caio César Siqueira Sisnando, 29, got hit multiple times. He was later rescued by the Emergency Care Unit in Eusebio and was taken to hospital where he was pronounced dead.

Local reports say Sisnando's killers tagged his family members on social media so they can watch the horror of how he died.