Dasuki's trail on the $2.1bn arms deal will begin on FebruaryÂ 9th 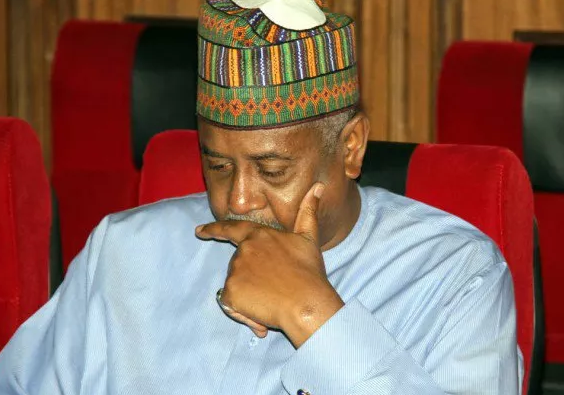 The Federal High Court sitting in Abuja, yesterday, gave the Federal Government the go ahead with the trial of ex-National Security Adviser (NSA), Col. Sambo Dasuki (rtd), should his counsel, J.B. Daudu (SAN) fail to appear in court at the next adjourned date, February 9.

The trial judge, Justice Ahmed Mohammed, gave the go ahead to the prosecution counsel, Oladipo Okpeseyi (SAN) after he objected to a letter written to the court by Daudu, praying for an adjournment. Dasuki is standing trial on allegation bordering on illegal possession of firearms and money laundering.

When the matter came up yesterday, the court’s registrar read out a letter submitted from Daudu’s chambers, informing the court that he (Daudu) was attending the Body of Benchers meeting at the Supreme Court. He prayed the court to adjourn the matter to enable him appear at the next adjourned date. Okpeseyi, however, objected to the request for adjournment.

He informed the court that even though he has been served with the letter from the defence lawyer praying for an adjournment, it was pregnant with unanswered questions.  He said: “As innocent as the letter looks, it is pregnant because this letter is asking the court to decide whether the rights and privileges of a citizen with the authority of the court are subservient to that of the body of benches. “Whichever way the court resolves the issue, we are bound by the decision of the court. On our part, we are ready. Our witnesses are also here in court.

The ACJA has specified time and period for adjournment. “If the defence counsel fails to appear in court at the next sitting, the court is at liberty to proceed with the case.” Justice Mohammed, thereafter, adjourned the matter to February 9 and 10 with a nod to the prosecution to go ahead with the trial should the defence fail to appear in court at the next adjourned date.

0 Response to "Dasuki's trail on the $2.1bn arms deal will begin on FebruaryÂ 9th"