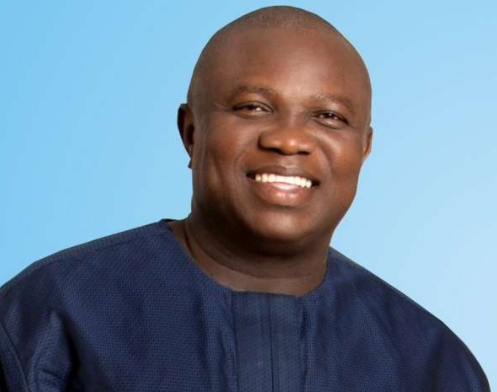 Security Watch Africa, organisers of the African Security Summit has named Lagos State Governor, Mr Akinwunmi Ambode as the ‘Most Innovative African Leader in Governance in West and Central Africa’.

The State Government also bagged a Golden Star Award in recognition of its Exemplary Service in Africa. The awards were presented to the Government at a ceremony held in Accra, Ghana at the weekend.

Governor Ambode was nominated for the award after a careful selection process by a selection board who considered him the most qualified for the award based on his performance in the last two and half years in office, especially in good governance.

The State Government was also recognised based on the quantum leap in infrastructural renewal and overall service delivery to the people of the State. Receiving the awards on behalf of the State Government, Commissioner of Police, Lagos State Commissioner of Police, Imohimi Edgal, dedicated the awards to the people of the State for their utmost cooperation with government in keeping the peace and supporting programmes and policies of the present administration, which according to him, is a prerequisite for development.

Edgal also bagged an individual award as he was recognised as ‘The Most Outstanding Anti Crime Police Chief In West Africa’. According to the organisers, the CP was nominated for the award after a careful selection process by a selection board who considered him the most qualified for the award when compared with his contemporaries in the West African sub region; especially for his uncanny ability to strategize, prevent and resolve all manner of crimes and criminality.

The Commissioner of Police, in his acceptance speech, expressed his gratitude to the organizers of the award and vowed to do his best to ensure a more secured Lagos and indeed Nigeria where citizens can go about their lawful business without let or hindrance. He said the award would serve as a motivation and a call to work harder for the benefit of society