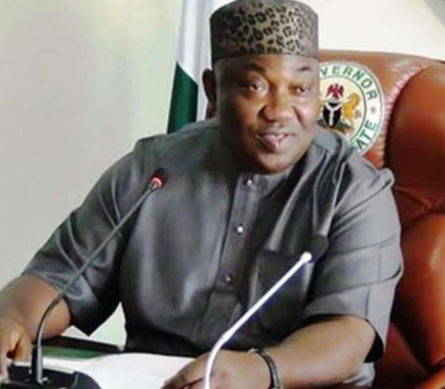 The Governor, while announcing the sack, expressed dismay with his Executive Assistants from Enugu North Senatorial District of the state over their nonchalant attitude towards the ongoing voters’ registration exercise by the Independent National Electoral Commission (INEC).

There are 104 wards in the Senatorial zone and each ward has an executive assistant to the Governor. Consequently, Gov. Ugwuanyi declared the positions of the affected Executive Assistants vacant and directed them to go back to their various electoral wards to revalidate their mandate and obtain fresh endorsement from the people before being reappointed.

The governor regretted that some of the former EAs were not on ground and had not lived up to their responsibilities in the wards in terms of sensitization, mobilization and promotion of government programmes, policies and interests at the grassroots.

The governor further emphasized the need to involve those who are committed to the party and its government in political appointments and advised the stakeholders to allow the people at the grassroots choose those who will be appointed as Executive Assistants to manage the activities of his administration at the ward level.