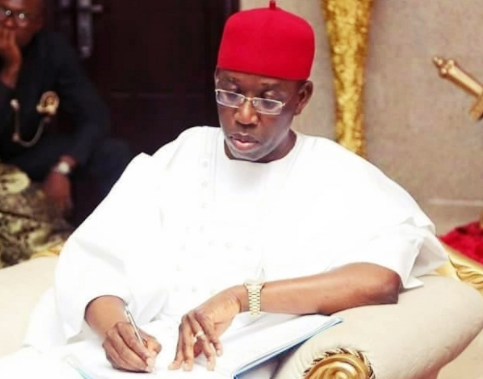 The affected Commissioners are Dr. Nicholas Azinge, formerly in charge of the Ministry of Health and Chief Dan Okenyi (Culture & Tourism), who was recently redeployed from the Ministry of Lands, Survey, Urban and Regional Planning over alleged land racketeering and grabbing.

Those sacked made their last outing as a Commissioner with the Governor when he had stakeholders meeting tagged “Peaceful Co-existence amongst Farmers, Herdsmen and Host Communities”, at the Unity Hall, Government House, Asaba, three days ago.

The Governor, in a statement signed by the Secretary to the State Government (SSG), Chief Festus Ovie Agas, thanked the sacked commissioners for their commitments and contributions to the realisation of his five prong SMART agenda, and wish them success in their future endeavours.