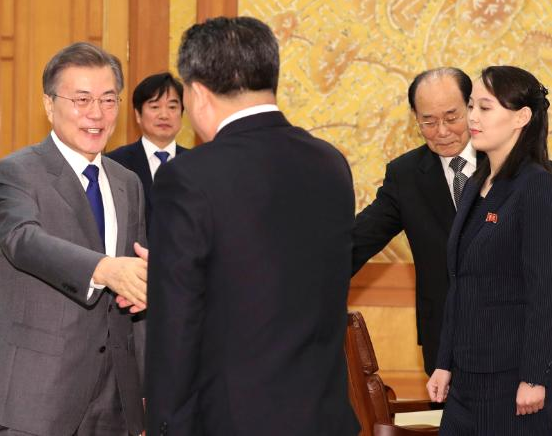 The South Korean president has been invited to travel to North Korea, following a formal invitation from the country's leader Kim Jong Un, potentially setting up the first meeting of Korean leaders since 2007.

According to presidential spokesman Kim Eui-kyeom, the invite, presented to South Korean President Moon Jae-in by Kim's younger sister, Kim Yo Jong, was delivered during a historic meeting between North and South Korean officials at Seoul's presidential palace today.

Saturday's meeting, the most significant diplomatic encounter between the two sides in more than a decade, could now be surpassed should Moon accept Kim's invitation to visit Pyongyang later this year.

Moon responded to the invitation by suggesting the two countries "should accomplish this by creating the right conditions," adding that talks between North Korea and the United States were also needed, and requested that North Korea be more active in talking with the US, according to Kim Eui-kyeom.