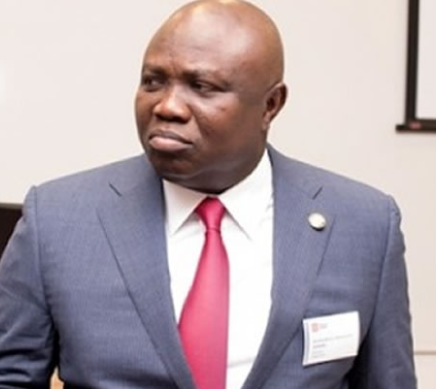 The Director-General Lagos State Safety Commission, Mr. Hakeem Dickson has condemned the non-availability of basic safety measures at a steel manufacturing Company, Hongxing Limited, a metal recycling plant in Lagos as well as abandonment of one of its workers, Chris Abiodun who was injured when a molten metal splashed on him during official duty at the company recently.

The Director-General, who expressed displeasure with the attitude of the management of the Chinese Company during an inspection tour of the company to ascertain their level of safety compliance, informed the management that a team of officers from the Commission will subsequently conduct a thorough investigation to ascertain the level of safety compliance of the company.

“We have observed that the requisite safety plans and necessary documents were not in place in this company, while the Personal Protective Equipment (PPE) is also grossly inadequate”, he said.

Dickson declared that the safety, health and wellbeing of Lagosians at the workplace would not be compromised or sacrificed for any reason.

He also recalled that over the years, there had been series of reported cases of workplace fatality at the Chinese company, stressing that the recent incident further shows that the company has not complied with the basic safety requirements or taken note of the several warnings previously issued by the Commission.

In his words, “It is saddening and highly unfortunate that despite the effort of the State government to ensure a safe working environment through continuous sensitization and advocacy, companies still flout the safety rules. This is not acceptable and will not be tolerated”.

He informed the management that the outcome of the investigation will help in making a far-reaching decision to determine if the company will still be allowed to operate or likely face prosecution.

Dickson also advised the management of the company on the provision of insurance package for its workers especially those who work in the very sensitive departments, adding that if there had been an insurance cover for the workers, the injured worker would have been better taken care of and adequately compensated.

Responding, the representative of Hongxing Steel, Mr. Chukwudi Canice - the Health, Safety and Environmental Officer of the company - expressed regrets at the unfortunate incident of Chris Abiodun and promised to cooperate with the Commission in its investigations and comply with the recommendations at the end of the exercise.