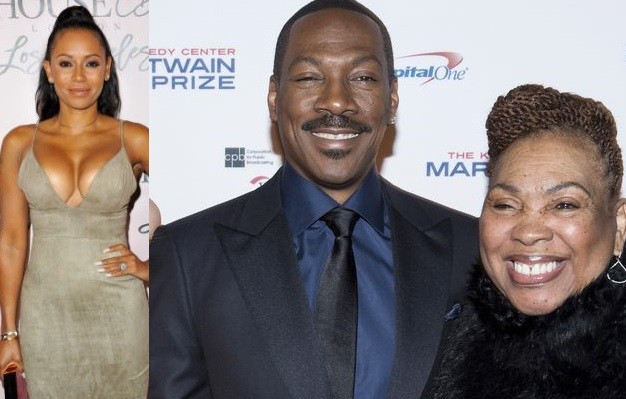 There is a new report that former Spice Girl, Mel B, 42, who has a 10-year-old daughter Angel with Eddie Murphy, 56, has made peace with the comic actor.

Despite denying the paternity of his daughter back in 2007, Mel B who officially got divorced from her ex-husband Stephen Belafonte in December 2017, started the peacemaking with Murphy by inviting his mother Lillian Murphy over to her place in Los Angeles recently.

Insiders tell The Mirror: “Mel reached out to Eddie’s mum Lilian and she went round for a meal."

“They spent a lot of quality time together, and Lilian is part of the family now. It’s a big deal because when Mel originally split with Eddie it was over the way she spoke to his mum.”

“Relations with Mel and Eddie have improved considerably, they are on good terms."
“Mel’s divorce with Stephen has brought her closer to Eddie, who just wants to help as much as he can.”

Title : Mel B reportedly makes up with ex Eddie Murphy after reaching out to his mom
Description :   There is a new report that former Spice Girl, Mel B, 42, who has a 10-year-old daughter Angel with Eddie Murphy, 56, has made peace with t...
Rating : 5
Related Posts: Entertainment, News