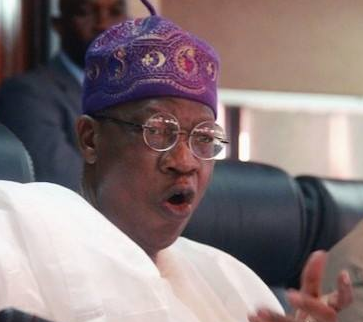 Minister of Information, Lai Mohammed, says the Federal Government has created millions of jobs through its various programmes cutting across many sectors. Speaking at the 6th Graduation Ceremony of the Empowerment Support Initiative (ESI), founded by former Rivers First Lady, Dame Judith Amaechi, in Port Harcourt on Saturday, the Minister said over 7 million jobs have been created in the agriculture sector alone.

Alhaji Mohammed said 69,736 jobs have been created in the Power, Works and Housing Sector, while the Administration's National Social Investment Programmes have created at least 200,000 jobs, in addition to empowering 500,000 others under the Government Enterprise and Empowerment Programme (GEEP).

''The Federal Ministry of Power, Works and Housing has created 69,736 jobs (direct and indirect) across the country. The Power Sector
projects created 1,740 jobs, the Works Sector created 38,391 jobs while the Housing Sector created 29,605 jobs,'' he said.

The Minister also said the Home-Grown School Feeding Programme, through which 6.4 million school children in 33,981 schools across 20 states are being fed with one meal a day, has created jobs for 61,352 cooks.

He commended Dame Amaechi for establishing the ESI programme, which is an entrepreneurial and skills acquisition programme for youths and women of the Niger Delta, saying such programmes complement the Federal Government's efforts to provide jobs for the citizens.

''National development is not just the duty of the government, but that of the citizens. In other words, all of us, as citizens, have a role to play in ensuring the development of our nation. This has been amply demonstrated by Dame Judith Amaechi in setting up this Empowerment Support Initiative,'' Alhaji Mohammed said.

He charged the graduands fo make the best use of the opportunities that the ESI programme has given them, saying that is the best way they can justify the efforts of the ESI founder.