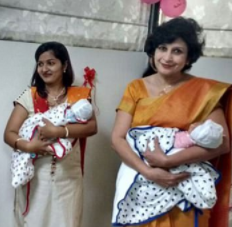 A grieving Indian woman's dream to have children by her dead son has been fulfilled as she's handed twin babies created from his semen.

Rajashree Patil, 49, lost her son Prathamesh to a deadly tumour. The grieving mother wanted to be artificially inseminated with her dead son's sperm so she could birth his children, but was told by doctors that she was medically unfit for an IVF treatment as she had already begun her menopause.

To fulfill her dreams, the late son's semen was used to fertilise an egg which was given by an anonymous donor, before being implanted into a close relative. The surrogate has now given birth to twins - a boy and a girl - and the mother is raising them as her own. 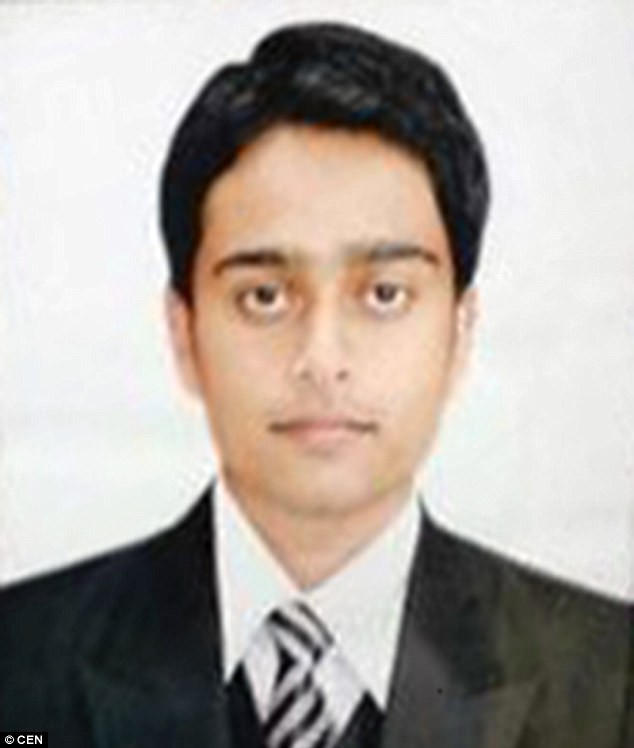 She named the boy Prathamesh, after his late father, while she named the little girl after her daughter Prisha, who will help her raise the babies in the city of Pune, Maharashtra State, Western India.

Rajashree, who works as a teacher, said: "I was carrying the soul of my son in me and was looking for a body to breathe it into. Doctors had preserved my son's semen before they commenced cancer treatment to preempt any negative effects of the medicine used on him. Due to this I have been able to get my son back."

Rajashree is said to have faced a lot of criticism from her in-laws over her decision but she has been supported by her daughter Prisha throughout the ordeal. 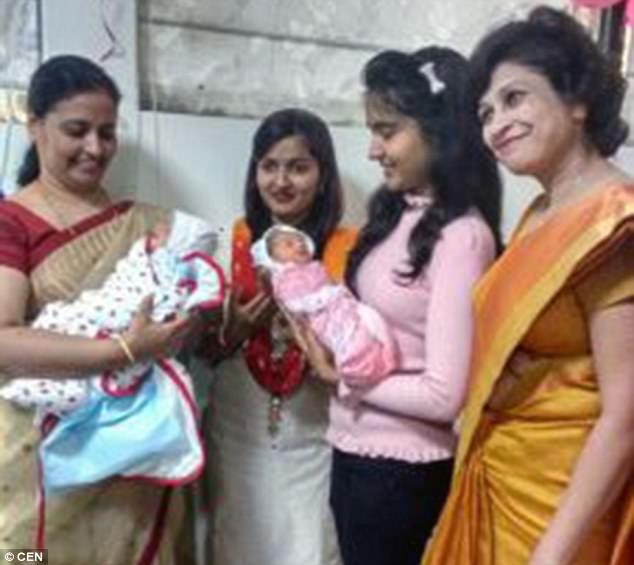 Prathamesh was studying engineering in Germany when he was diagnosed with a brain tumour. While Prathamesh went through gruelling cancer treatment, doctors in Germany collected his sperm and put it in storage. Before his death, because he was unmarried, he nominated his mother and sister to use his semen sample after his death.

Prathamesh completed his master's degree before returning to India for an operation in May 2013. For a while, he appeared to be doing well but in February 2016 the cancer returned and by September that year Prathamesh had passed away. Some months later, his mother got the idea to preserve his bloodline by having his kids.

Rajashree said: "Getting the semen into our custody was not easy and we faced a lot of hurdles. Money and time were serious issues but now I will take the responsibility of these infants. I am their mother now." 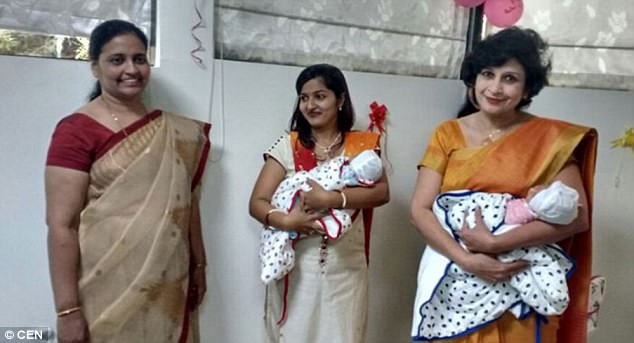 The twins were born on Monday and since then Rajashree has been quick to correct any visitors who have referred to her as their grandmother. She tells them to call her their mother.

Title : Mom uses her dead son's sperm to get herself a set of twins
Description : A grieving Indian woman's dream to have children by her dead son has been fulfilled as she's handed twin babies created from his sem...
Rating : 5
Related Posts: Entertainment, News