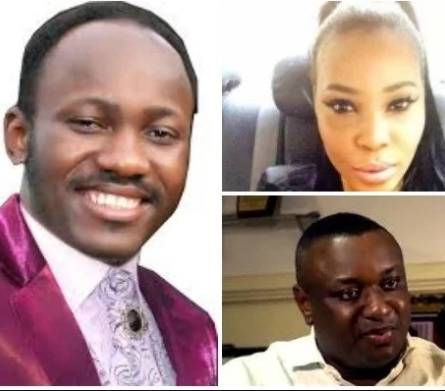 More drama has continued to unfold in the Stephanie Otobo sex saga as the scandal with Apostle Johnson Suleiman of Omega Fire Ministries, drags on.

Stephanie, a Canada based musician had earlier alleged that Apostle Johnson Suleman was her secret lover who promised her marriage and breached the promise to marry her.

Otobo went back to Apostle Suleiman’s church in Auchi during the monthly Fire Night programme (an all-night vigil programme) on Friday night of January 26th to confess before the mammoth crowd that she was used by “some powerful politicians and men of God” to destroy the character and reputation of Apostle Suleman.

To strengthen her resolve to free her mind from her manipulators she has deposed to an Affidavit of Disclaimer, stating, interalia that the statement of defence filed at Ikeja high court, purportedly on her behalf by Keyamo was a ruse and a huge scam. According to Otobo the statement and photographs exhibited by Keyamo in the court processes did not emanate from her.

According to her, she was invited to Keyamo’s chambers to sign a bundle of documents. When she asked what the bundle of documents were meant for, she alleged she was deceived and told they were to be sent to the Nigeria Police to release her phone handset seized from her in March 2017 when she was arrested by the Police for blackmail and extortion, following the complaint of Apostle Suleman.

According to reports, lawyers from Festus Keyamo's chambers have since gone to Ikeja high court where the civil suit filed by Apostle Suleman against Otobo came up for hearing seeking to withdraw as Otobo”s counsel. 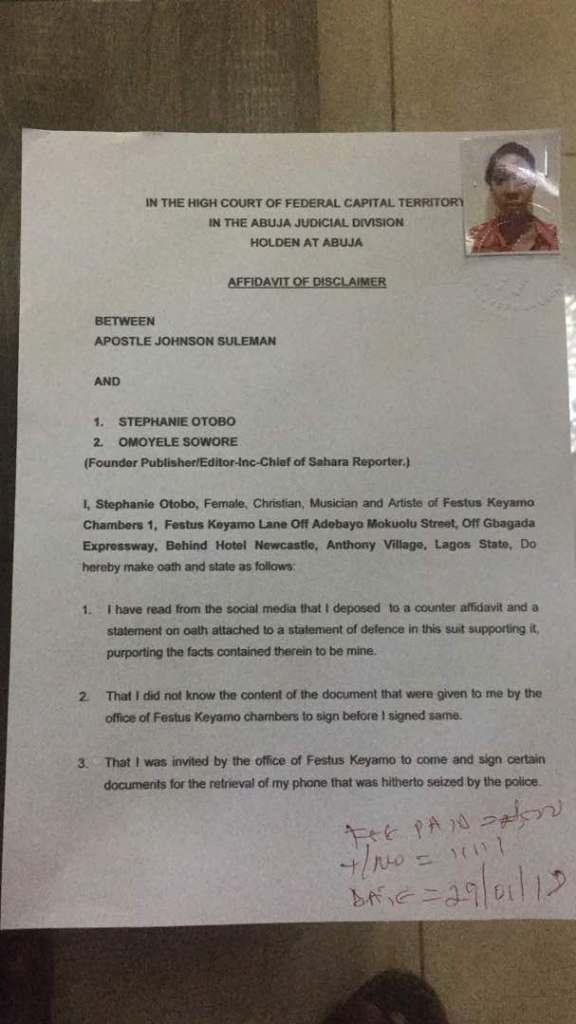 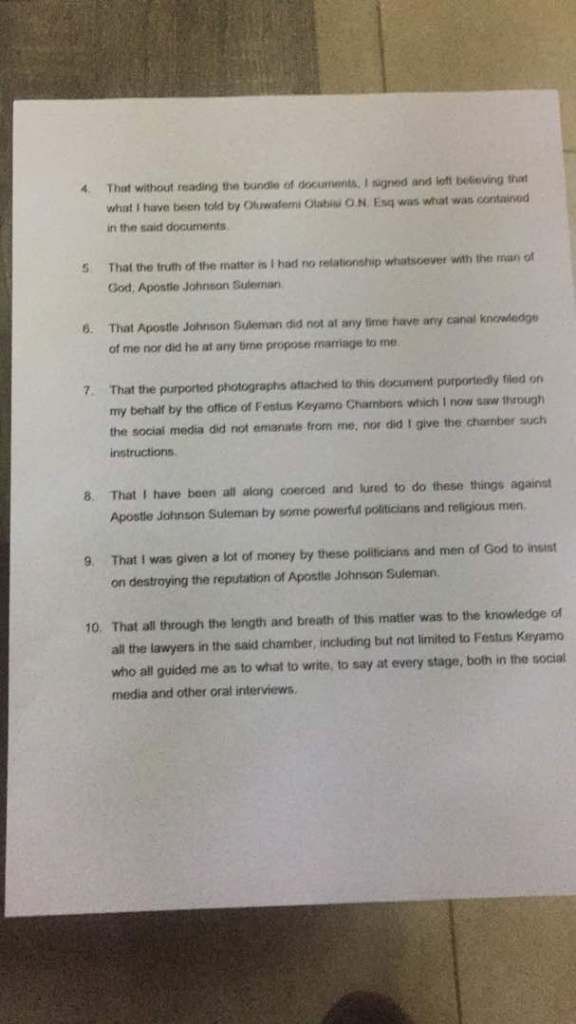 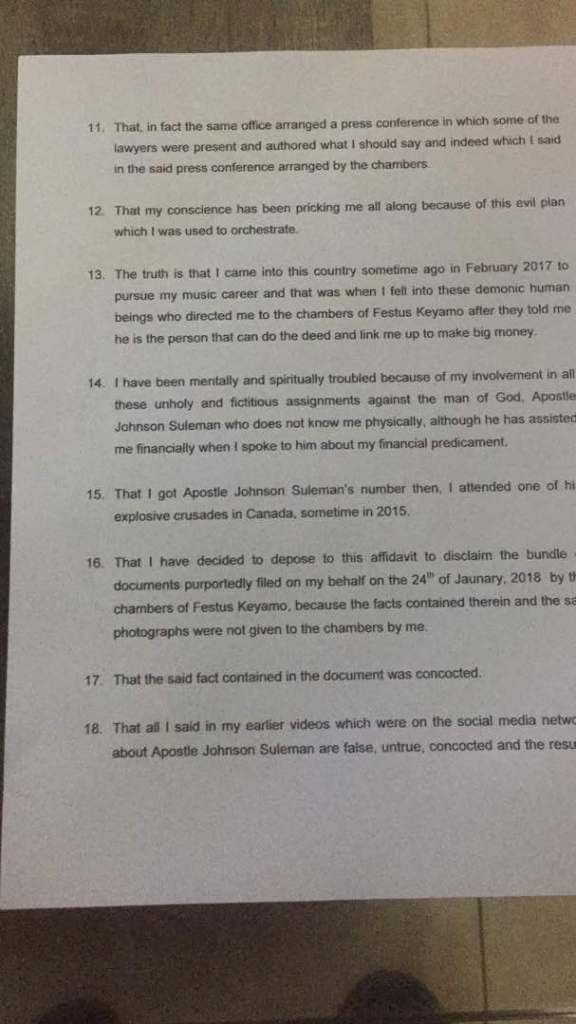 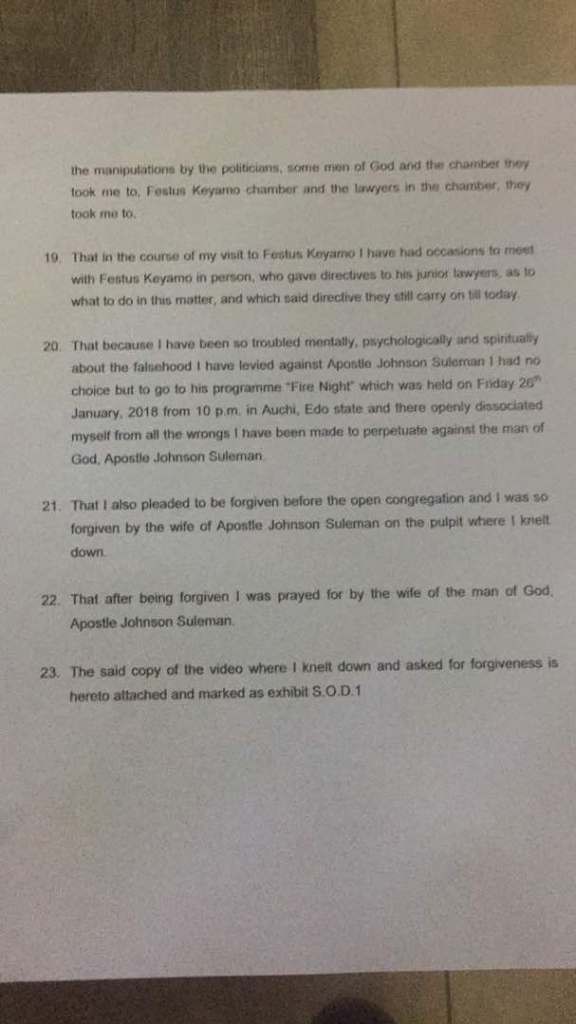 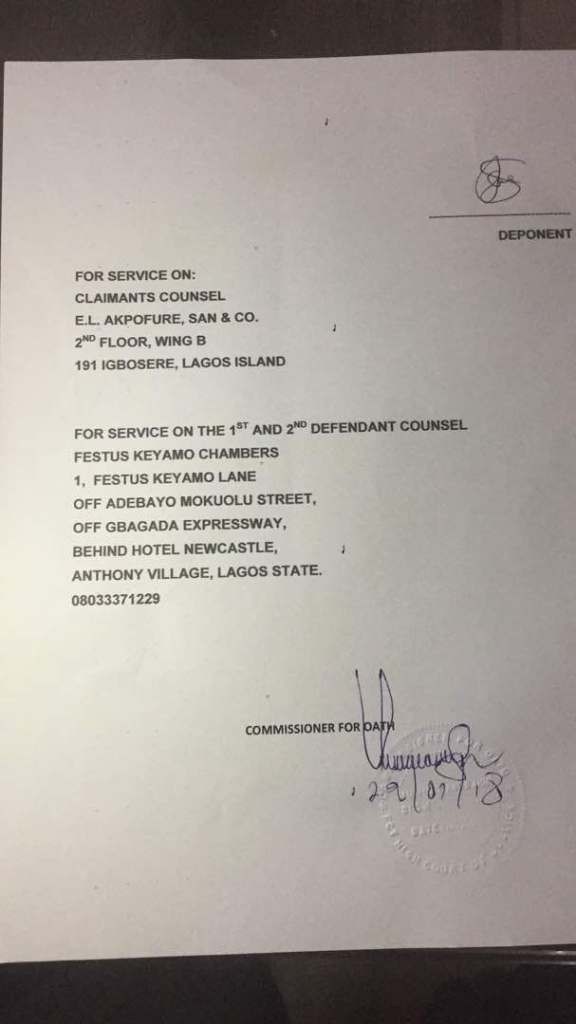