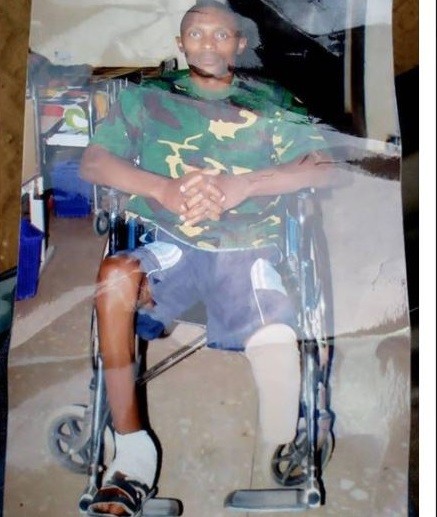 A Nigerian soldier, Daniel Ndubuka Ekpo, who lost one of his legs while fighting the Boko Haram terrorists in the North East has taken to Facebook to call out the Army Authorities, asking for proper treatment.

According to him, he lost of one his legs after his armored tank ran into an Improvised Explosive Device (IED) during an operation

He says the Nigerian Army has not given him a proper treatment after the incident, and he's really suffering at the hospital where he's being admitted.

Read what he wrote below.

'I am a soldier among those that fight the menace of insurgency/Boko Haram at the North East,my Tank Ran into (IED) Improvised Explosive Device. in d process my two legs Was badly damaged and the left leg was amputated,I a still on hospital admission but Nigerian Army Has not given me a proper treatment and I am really suffering, please I want all the members to pray for the Army Authorities who are responsible for my treatment So that I will properly treated.' 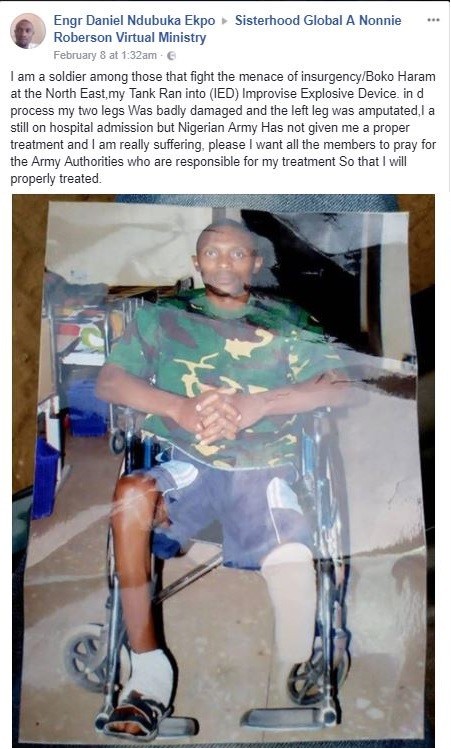 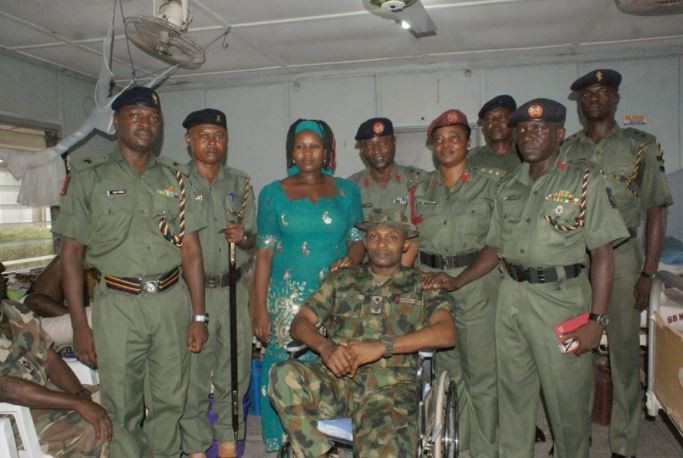 Title : Nigerian soldier who lost one leg in Boko Haram battle, calls out Army Authorities, asking for proper treatment (Photos)
Description :   A Nigerian soldier, Daniel Ndubuka Ekpo, who lost one of his legs while fighting the Boko Haram terrorists in the North East has taken to ...
Rating : 5
Related Posts: Entertainment, News