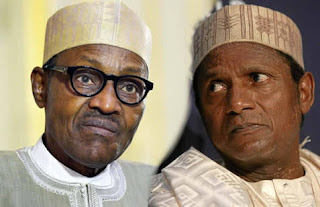 Northern elders and stakeholders have gathered in Abuja to decide on a consensus candidate for 2019. The elders who said Yaradua and Buhari were imposed on the region by external forces and interests vowed to resist another imposition come 2019. They also faulted the Buhari government's failure resulting in killings, ethno-religious divisions associated with nepotism and blatant disregard to some sections of the nation’s constitution.

Speaking at the event, prominent Northern leader and one of the conveners of the forum, Dr Bello Haliru Mohammed, said: “After due consideration of current political situation in the country, it becomes highly expedient to convene a conversation of critical Northern Elders and stakeholders to deliberate on the best way forward for the region."

He added that it was necessitated by the need for the region to deliberate and reach an acceptable choice for representation, given that the 2019 presidency had been zoned to the North

“From what is apparent in the political arena today, it is clear that the major political operators have agreed that in the forthcoming 2019 general elections, it is the turn of the North to produce the president. And what we can see in the political arena, is that most political operators have agreed that the political leadership of our country should be zoned to the North according to our Constitution with regards to zoning and rotation. But from what we have seen earlier, it has always been zoned to the North but the decision on what to do and who to be has never been a Northern decision. What we observed is that the same trend is starting now. We have seen all kinds of movements coming up. If you look at what is happening now and remember what happened when it was the time of the North to produce president, President Umaru Yar’Adua of blessed memory was produced but was he really a Northern choice? At the end of the day, Yar’Adua had mishap and lost his life in the process and somebody else was also chosen, his Vice President. We knew the struggle that went on when it was decided that the presidency should leave the North. It wasn’t the northerners who decided that the Presidency should leave the North. We had to follow the bandwagon.
“The same thing happened in 2015,the North voted for the northern candidate but the decision on who should be the candidate wasn’t a northern decision. What we want is that this time around, let us have the opportunity to come together so that whatever is decided for the North, it is the Northern leaders who decide it and then we get support from other regions. If we are able to do that,then we should be able to produce a leadership for this country that would be just, equitable and lead us to nation’s development which is eluding us. That is the reason why we are here."