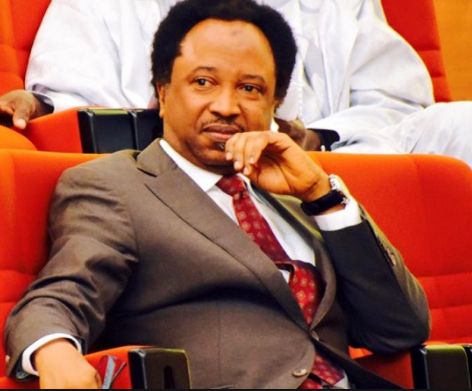 A group called Concerned Indigenes of Kaduna Central Senatorial District, has launched a move to recall Shehu Sani, the senator representing the district at the Senate. The plan to recall the senator was announced in a statement signed on behalf of the group by Aliyu Saidu Rigachikun, who claimed to have been the Deputy Director-General of Mr. Sani’s senatorial campaign in 2015.

According to the group, Mr. Sani was previously a politician with no significance and had failed twice to become a senator until he rode on the popularity of President Muhammadu Buhari, then a candidate of the All Progressives Congress (APC), to get to the Senate. Concerned Indigenes of Kaduna Central Senatorial District stated that since he won the election, Mr. Sani has continuously bitten the fingers that fed him.

“His first assignment as a senator was to ridicule the President's wife during the inauguration and he would later conspire against the President and the party during the National Assembly leadership elections. In doing so, he became a prominent figure in a Senate that is committed to undermining every honest effort of the Buhari administration, against the will of his constituents,” the group said.

It explained that those familiar with Mr. Sani were not surprised by his conduct, as he has built a reputation of using deceit and subterfuge cloaked in human rights activism. The group claimed that instead of investing his legislative resources and privileges to deepen the legislative process and uplifting the conditions of his constituents, he has become the leader of President Buhari's enemies.

He is accused of always amplifying the challenges being faced by the Buhari administration while ignoring the progress it has recorded so as to portray the government as incompetent and clueless.

“We in Kaduna Central would understand if Senator Shehu Sani restricts his diatribe to Governor El-Rufai, considering the senator's blind antagonism towards his state governor. The governor has so far responded to Senator Shehu Sani's insults with stoic silence. He has never allowed himself to be distracted, as he has put Kaduna State firmly on the path to sustainable progress and long-term prosperity. By working against the President and identifying with the enemies of the Buhari administration, Senator Shehu Sani has not only betrayed his constituents, he has declared war on them.  We the people of Kaduna Central unanimously support President Buhari. We sent Senator Shehu Sani to the Senate to work towards the success of the Buhari government, not work in direct opposition to it,” stated the Concerned Indigenes of Kaduna Central Senatorial District.