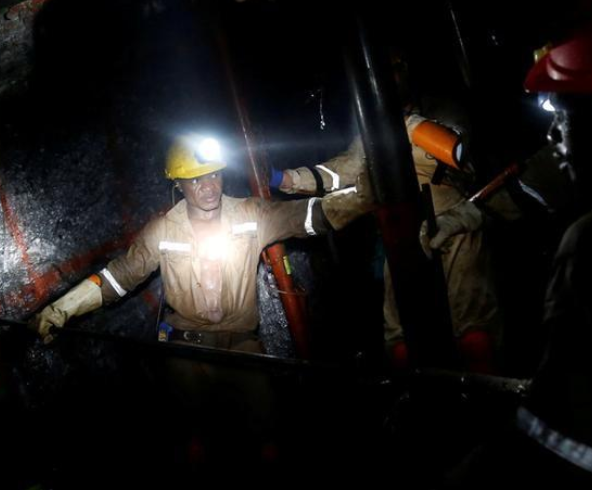 Over 1,000 miners were stuck underground at Beatrix gold mine in South Africa after a storm knocked out power, but authorities say they were not in danger.

Spokesman James Wellsted said the miners were safe and receiving food and water while power was being restored to the mine but there was not yet enough to bring the miners to the surface.

The National Union of Mineworkers said 65 mineworkers had been rescued but more than 1,000 remained underground.

“There is no electricity there, so they are using a generator to power the cage to take workers to the surface. The problem is they are rescuing one mineworker at a time. It is very slow. It is worrying. Some of our members have chronic conditions and they don’t have medication down there” NUM spokesman Livhuwani Mammburu told Reuters.