» Entertainment » News » Photo: Man jailed for raping and impregnating 14-year-old twins and their 12-year-old sister; all daughters of his friend

Photo: Man jailed for raping and impregnating 14-year-old twins and their 12-year-old sister; all daughters of his friend 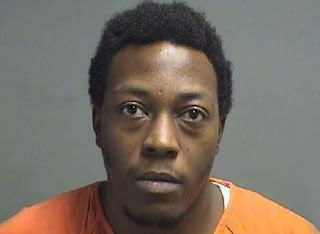 Arnold Perry, 34, who impregnated 14-year-old twins and their 12-year-old sister was on Thursday, sentenced to 27 years in prison in Youngstown, Ohio.

Presiding over the case, Judge Maureen Sweeney went two years over a recommended 25-year sentence for Perry, who pleaded guilty to two counts of first-degree felony rape and a third-degree felony count of sexual battery for the attacks, which took place in 2015 and 2016 in Youngstown.

Assistant Prosecutor Jennifer McLaughlin told the judge Perry was a friend of the family of the victims. They let him stay with them when he didn’t have a home. Instead, Perry abused their trust, she added.

One of the twins had an abortion after her pregnancy was discovered, but the other two victims had to have their babies because their pregnancies were too far along when they were discovered.

“These girls will suffer the rest of their lives because of this,” McLaughlin said.

The court heard that Perry had been convicted of similar crimes as a juvenile but he continued the same pattern of behavior as an adult.

Defending Perry, Mark Lavelle, said in court that his client's case was the worst he had ever handled and asked for the defendant to be jailed for 15 to 16 years.

Mitigating, Lavelle said Perry had suffered a brain injury as a child that has affected his personality and prevented him from experiencing feelings about his actions.

Before his sentencing, Perry said: "I know now what I did was wrong" adding "I wish I could take it back."

It was reported that the two children that resulted from the rape are being raised by the girls' mother without any help from Perry's family.

The defendant will have to register as a sex offender for the rest of his life as a Tier 3 sex offender.

0 Response to "Photo: Man jailed for raping and impregnating 14-year-old twins and their 12-year-old sister; all daughters of his friend"