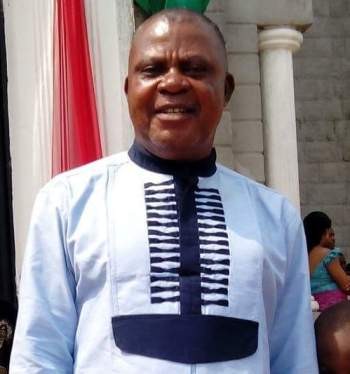 A 62-year -old businessman from Umuezefeke Ugiri, Mbano, Imo State has been killed in Calabar by unknown assailants.

The deceased, Chief Vitalis Okoro, a cement dealer was clubbed to death last Wednesday, by gunmen suspected to be hired assassins at his residence in Anaku Street, Ikot Effanga Mkpa area of Calabar, the Cross River State.

It was gathered that the assailants gained entrance into his house after destroying the burglar -proof window bars in the sitting room.
The went straight into his bedroom, killed him after which they dumped the corpse into his Toyota Sequoia and drove away.

It was learnt that the assailants chased the deceased'e son out of the house before killing him.

The younger brother of the deceased, Moses Okoro, claims that the victim was not in good terms with his wife and that she had been invited by the police and was being interrogated at the State Criminal Investigation and Intelligence Department of the Cross River State Police Command.

"My brother was at loggerheads with his estranged wife in the last four years. She had three children for him . All attempts to bring them back together had failed because she refused," he said.

"The police have already invited the woman for questioning. About two weeks ago, we concluded that he would relocate to Owerri and I would help him with a business, but after a while, he would sell his house in Calabar to support his new business life," he added.

Spokesperson for the Cross River State Police Command, Irene Ugbo, who confirmed the incident, said that investigation was ongoing to unravel those behind the murder.