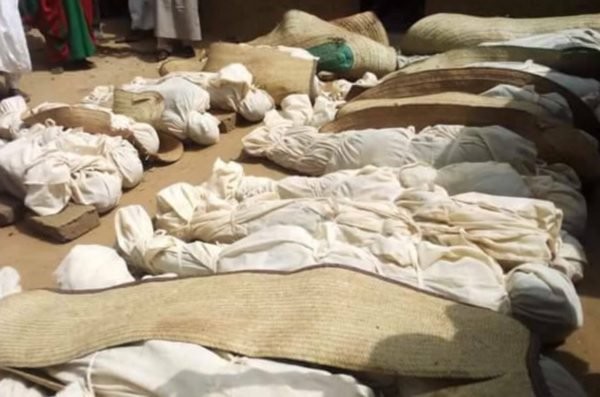 Tragedy struck in Birane Village in Zurmi Local Council of Zamfara State on Wednesday when unknown gunmen attacked residents of the community, killing as many as 36 persons. According to reports, the attack was a reprisal attack on the villagers for stopping a cattle rustler.

The state police spokesperson said investigations carried out by the command indicates that on February 13, hunters from Birani village of Zurmi local government area apprehended a herder in the bush with some suspected stolen cattle and sheeps. They took the stolen items from him and chased him away.

The herdsman reportedly went to Isah Local Government Area of Sokoto State and mobilised bandits to attack the hunters. On Feb. 14, the bandits ambushed the hunters in the bush and there was a clash that led to fatalities on both sides.

The victims were laid to rest yesterday February 15th. 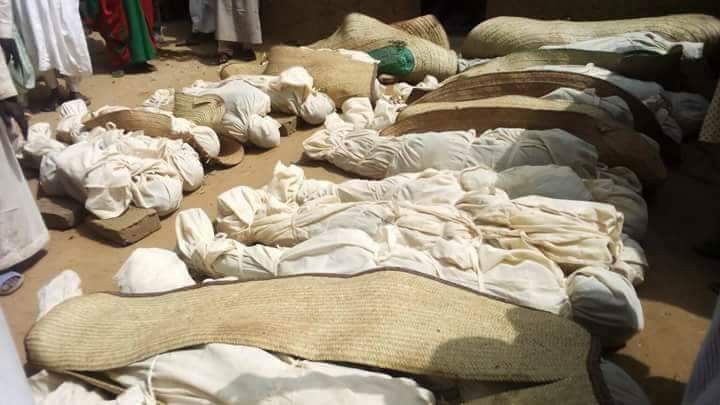 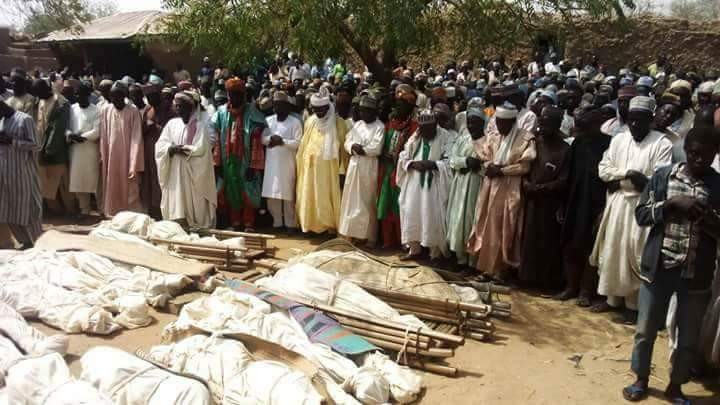 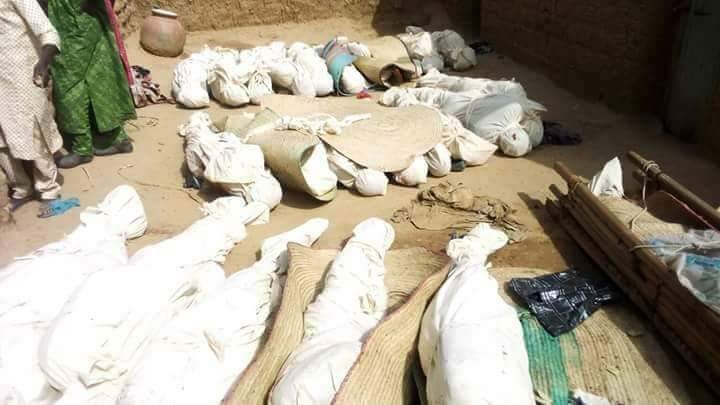 0 Response to "Photos: 36 persons killed by unknown gunmen in Zamfara laid to rest"