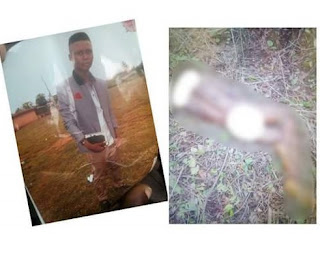 The Ogun State Police Command has launched a manhunt for suspected ritualists over the gruesome murder of a commercial motorcyclist in Odogbolu Town.

The victim identified as Sunday Ibo from Benue State was killed and beheaded on Wednesday 14th February 2018. The assailants took his head, heart, kidney and dumped the mutilated body in the bush. 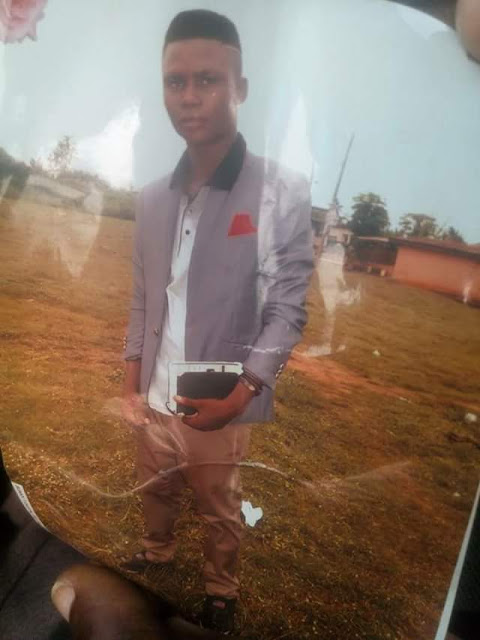 It was gathered that the victim had gone on his normal business routine but did not return home at the end of the day.

A search party set up by the Association of Benue residents in Odogbolu later discovered the decapitated body in a bush. 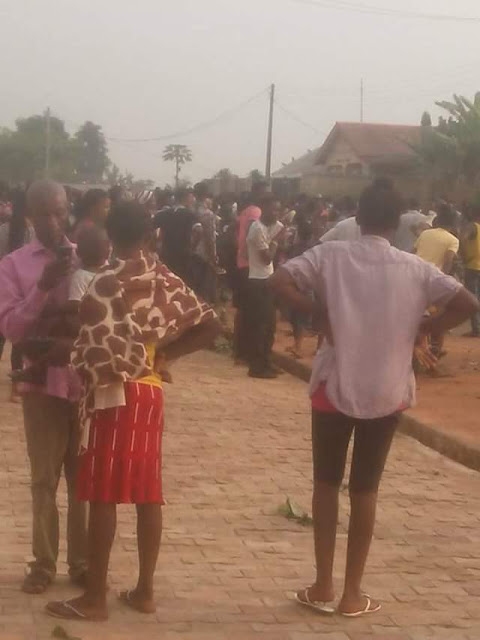 Spokesperson for the Police Command, Abimbola Oyeyemi, who confirmed the incident said the divisional headquarters in Odogbolu had commenced investigations.

"We have commenced investigations into the gruesome killing. The perpetrators my guy have beheaded the victim in order to divert attention, we are going to work with so many clues and ensure we unravel those behind the heinous act," he said.

"I want to assure the residents of the State that we will surely get Sunday Ibo's assailants" Oyeyemi added.

Below is an open letter addressed to the IGP by Ifemosu Michael Adewale, founder Youth In Good Governance Initiative YIGGI, and Acting Coordinator for Federalists Movement of Nigeria.

OPEN LETTER TO THE INSPECTOR GENERAL OF POLICE, IBRAHIM IDRIS TO INVESTIGATE THE KILLING OF SUNDAY IBO AND BRING TO JUSTICE THOSE BEHIND HIS KILLINGS.

There is an urgent need for the Nigerian Police and other security operatives in Nigeria to investigate and prosecute the person(s) behind the death of one Mr. Sunday Ibo, if necessary, the herbalist residing in Odogbolu Town in Ogun State as there has been an unimaginable scale of death of Young ones been kidnapped and later killed only to see their dead bodies lying on the way to the forest, farms and Rivers, these barbaric, inhumane, and deadly act by report is said to be carried out by the Traditional Practioners called Herbalist majorly in Odogbolu under Odogbolu local government in Ogun State.

Sunday Ibo was an Okada Rider, a Benue Indigene but residence of Odogbolu town, he was said to have used his Bike as usual to fend for daily living but unfortunately could not return back to his house as at yesterday 14/2/2018.

This made the Association of Benue residents in Odogbolu to make a search out for him only to find him in one of the thick bushes, he has been beheaded, his kidneys and hearts plucked out and left in a pool of blood.

We are everyday dazed by the unrepentant deadly practices, inhumane, barbaric and questionable character of most Herbalist residing in that Town with all sorts of kidnapping and killings taking prominence over the ultimate mandate of their actions.

We are baffled by the conscientious display of hardened act and how wickedly most men practicing all these traditional rites have majorly killed innocent lives and render thousands homeless, fatherless and motherless.

Importantly, the Nigerian Police Force must quickly look into the allegation of protesting Benue residents and indigenes of Odogbolu in Ogun State, on how Sunday Ibo was kidnapped, murdered and beheaded with his liver and kidney absent yesterday while the Oba and other security Division(s) around that area haven't swept into action but rather picking up aggrieved ones clamouring justice for the untimely death of Sunday Ibo.

This bad Action and activities carried out by the unknown but suspected herbalist(s) is not only barbaric but also appalling that despite the exposure and teachings, some heartless and wicked souls still find pleasure in sending young minds to their early grave, this is an unforgivable offence and perpetrators must be brought to book and made to face the consequences.

It will be pathetic and quite disheartening if these act and activities is swept under the carpet and the men of the Nigeria Police allows injustice to reign supremely, this will go on record has the Nigerian Police and other Security Operations has degenerated in its value and ethics.

It should be noted that this wicked act that has befallen this Town is a disastrous event of great negative significance that needs to be addressed with immediate alacrity as it tends to pose a great danger to the security of our nation and serve as a clog in the wheel of the development of Nigeria as a whole.

It is visibly seen that the herbalist residing in that town has involved itself in many killings, kidnappings and has battered the already dying reputation of the Town thereby rendering the works of the men of the Nigerian Police futile and useless.

This herbalist has proven itself with their scrupulous acts to be of doubtful integrity and it would be unsafe for the Nigerian Police not to take concrete move to apphrend the perpetrators.

In view of this, I implore the Inspector General of Police, the Director State Security Services, the Commandant Nigerian Civil Defence Corps, the Ogun State Government, the Assistant Inspector General of Police in charge of Lagos and Ogun (Zone2,onikan), the Ogun State Commisioner of Police, the Ijebu Area Commander(Igbeba) to stand up and call for the immediate investigation of all the herbalist, traditional worshippers in Odogbolu Town in Ogun State, and bring to justice those behind the killings of Sunday Ibo.

We cannot be safe in this country if killings, kidnappings, is rampant and nothing is done to those perpetrating it. 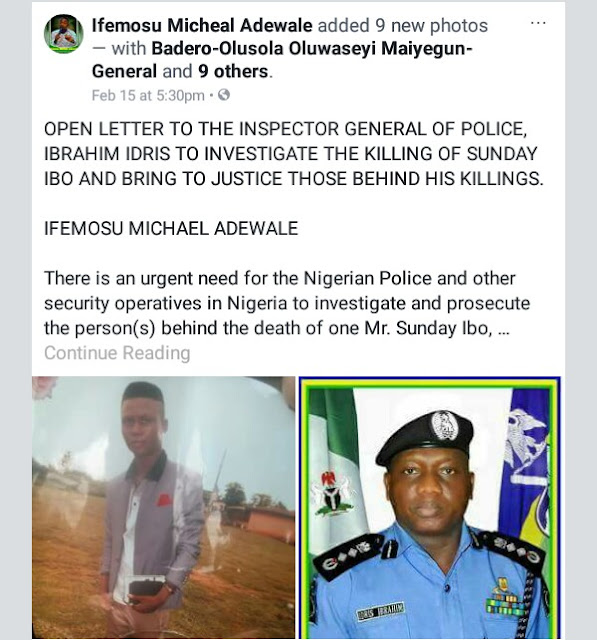