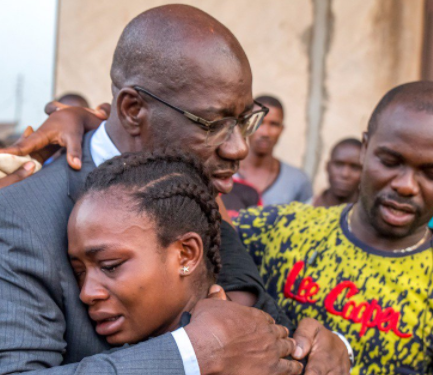 Edo state governor, Godwin Obaseki, today paid a condolence visit to the family of the commercial driver, David Okoniba, who was pushed to his death by a police officer over N100 bribe on Tuesday February 6th at Upper Igun along the Third-East Cirular Road in the Oredo Local Government Area of Edo State.

The police officers had stopped the driver and demanded for N100 bribe. While arguing as to why he should give them any money, one of the police officers pushed David and then an oncoming vehicle ran over him, crushing his head.

Governor Obaseki during his visit, promised that justice will be served. He also announced that a N10 million fund has been set up for the man's children. 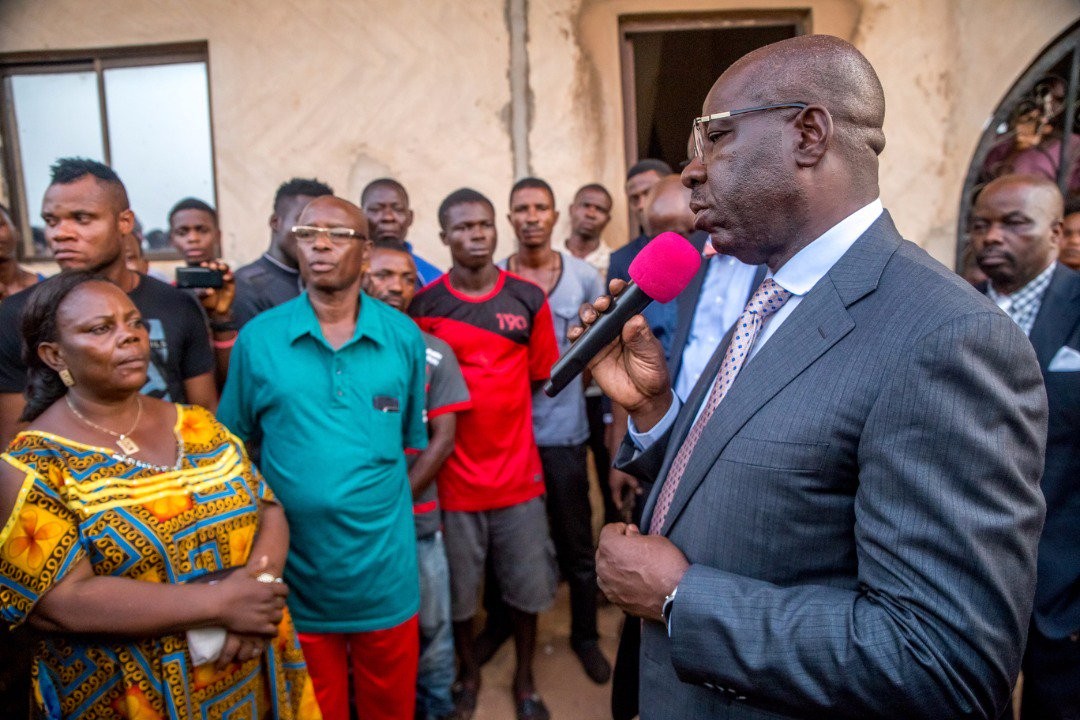