Photos: Ex-student of Adeniran Ogunsanya College of Education shot and hacked to death by suspected cultists 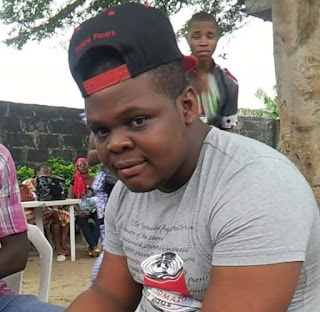 Adeniran Ogunsanya College of Education, Otto -Ijanikin, Lagos State, has issued a statement distancing itself from a cult clash that resulted in the death of a graduate of the school.

Sadiq Saka Abiola, a 2015 /2016 graduate of the AOCOED was brutally murdered at a drinking joint at the back of the school ’s exit gate.

The assailants suspected to be cult members shot Saka and hacked him to death around 8pm on Sunday, January 28. 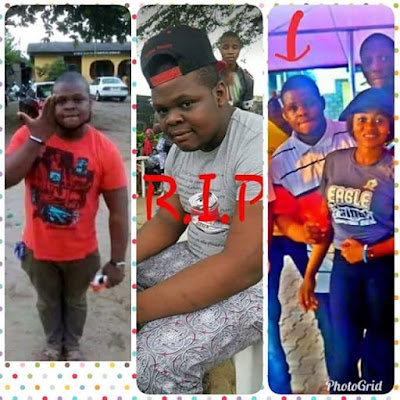 The attack was said to be the fallout of a supremacy battle between two rival cults,  Eiye and Aye confraternities

The deceased reportedly checked into a hotel around the school that day with the intention of going into the campus the following day.

Some members of the Eiye cult were said to have spotted him at the hotel and gave him a chase towards the school gate. They allegedly shot him at close range and subsequently descended on him with machetes, inflicting injuries on his head . 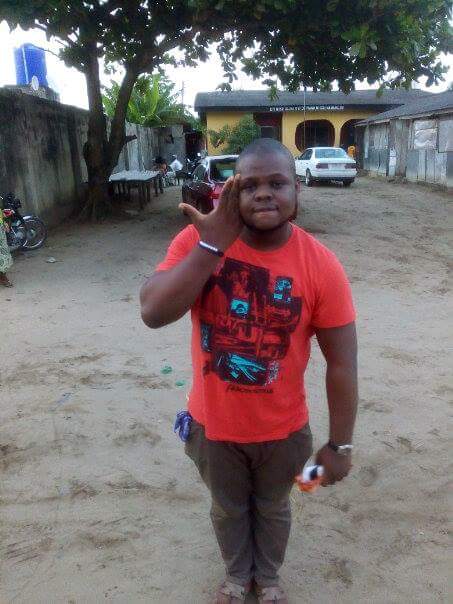 A police team from the Ijanikin division arrested five suspects, identified simply as Daniel, 36 ; Richard, 18 ; Jamiu , 30 ; Remix, 27 ; and 20 - year -old Adekunle, in connection with the murder.

"Sadiq Saka was an Ex -AOCOEDIAN . He graduated in 2015 /2016 academic session. He was never at anytime a student at the Ekiti State University ( EKSU ) in affiliation with AOCOED.

"For the purpose of clarity , the crime scene location was after the Ultimate Hotel , at a spot where a local gin vendor operates her wares. In approximation , the incident occurred about 200 metres away from the college’s exit gate." 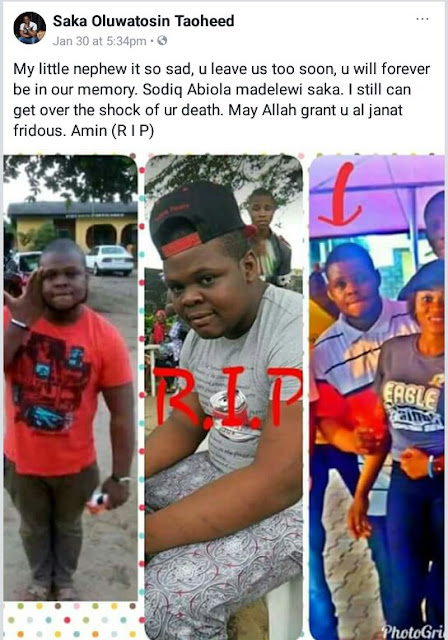 0 Response to "Photos: Ex-student of Adeniran Ogunsanya College of Education shot and hacked to death by suspected cultists"