Photos: Man stripped naked and subjected to severe flogging before an angry crowd for raping 10-year-old girl in Bayelsa 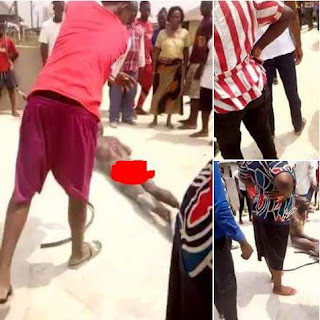 A suspected rapist was mercilessly whipped in front of angry residents for allegedly raping a 10-year-old girl in Bayelsa state. It was gathered that the young man lured the child into his bedroom after she begged him for money.

He reportedly asked her to come into his room to get the money and she agreed not knowing that he had ulterior motive. Immediately she entered, he pounced on girl and raped her. The girl complained to her mother, who then raised an alarm within the community. 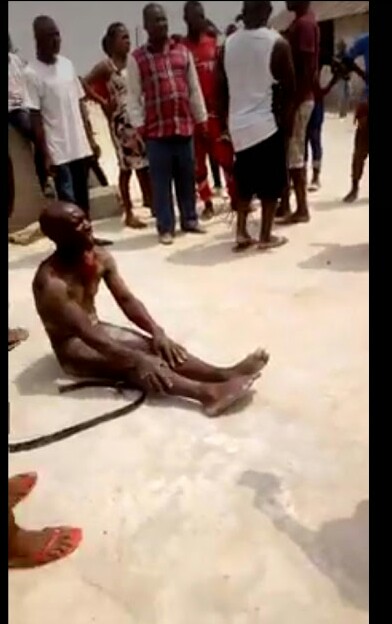 The man as swiftly picked up, stripped of his clothes and flogged mercilessly in front of a baying crowd.

According to witnesses at the scene, he blamed his actions on the devil. 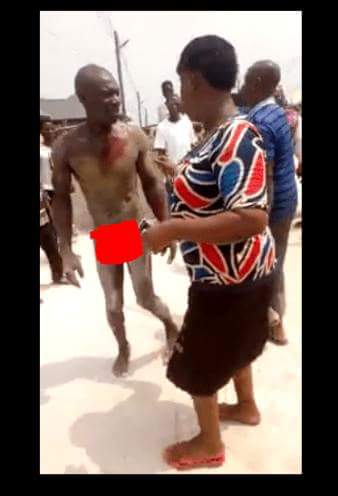 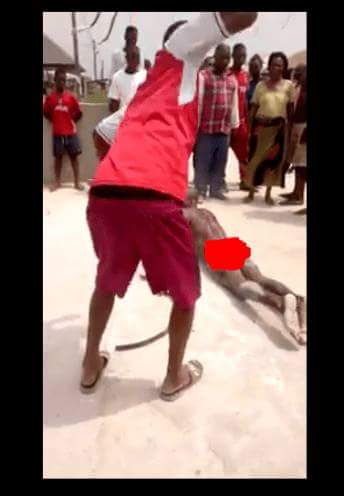 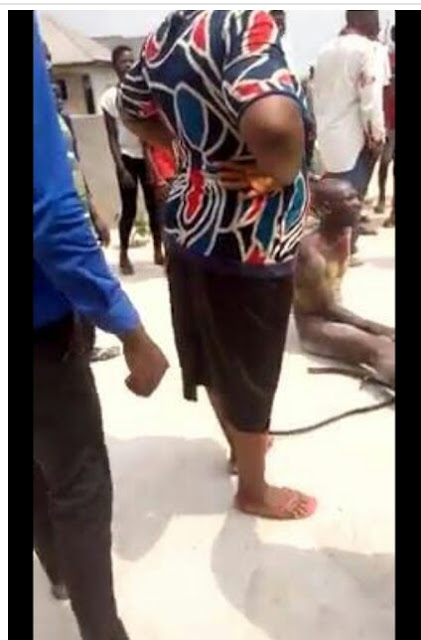 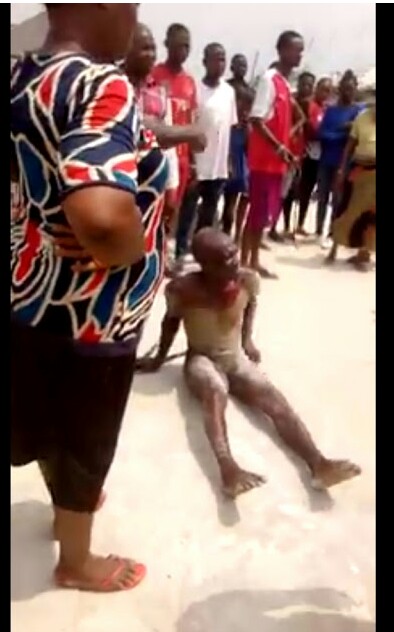 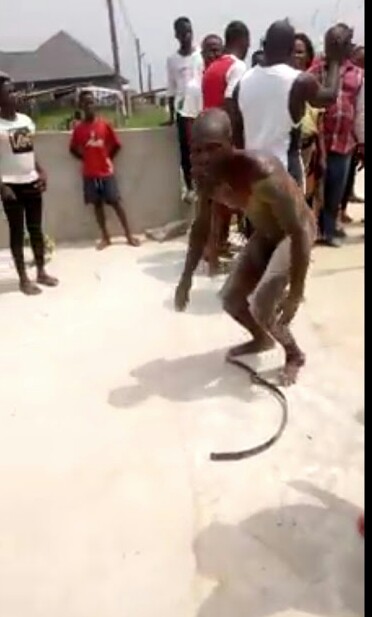 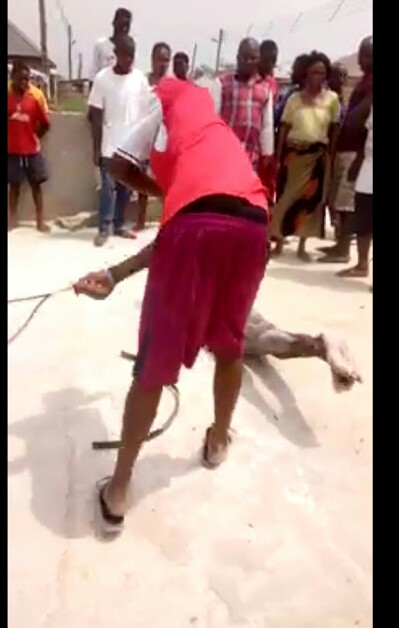 0 Response to "Photos: Man stripped naked and subjected to severe flogging before an angry crowd for raping 10-year-old girl in Bayelsa"