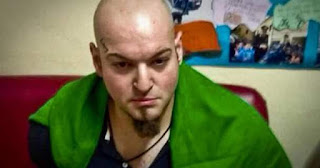 A gunman draped in an Italian flag opened fire on passersby in the central Italian city of Macerata on Saturday, injuring six African migrants in an attack that officials say appear to be racially motivated.

According to local media, the 28-year-old suspect with links to the populist Northern League, fired his first shots around the Via dei Velini area on Saturday and then proceeded to drive his black Alfa Romeo 147 car around the city centre, targeting immigrants. 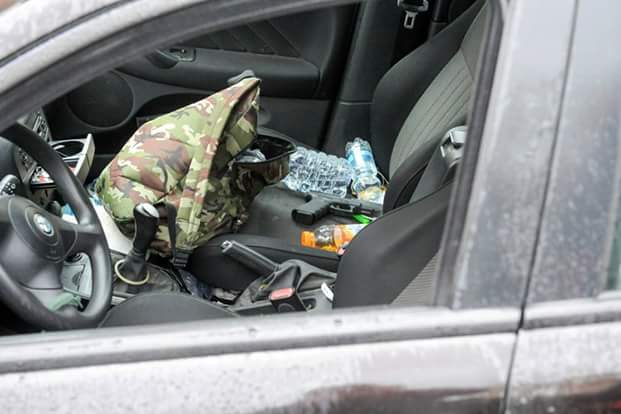 All of the victims have been hospitalised, although only one appears to have been seriously injured, with a shot hitting her in the abdomen.

"The wounded persons are of foreign nationality," police said in a statement.

Mayor Romano Carancini, who confirmed the incident, said that the victims were five men and one woman. He confirmed all were foreigners and black.

"They were all of colour. This is obviously a grave fact. As was grave what happened to Pamela. The closeness of the two events makes you imagine there could be a connection," Carancini said.

He said one of the wounded suffered life-threatening injuries. Hospital officials say one person was treated and released. Of the other five victims, authorities said late Saturday that one was in intensive care, while the others had either undergone surgery or were scheduled to have surgery. 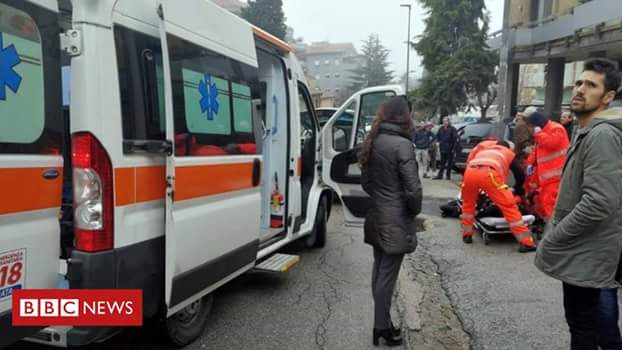 The shooting began at 11.00am local time and continued for about two hours until the man was seized by police, having abandoning his car near the town's war memorial.

After leaving the car, the man mounted the monument and performed a fascist 'Roman' salute.

The police have released a picture of the shaven-headed man, draped in an Italian flag, as he was taken away.

According to the La Repubblica newspaper the man, had put himself forward as a candidate for Italy's Northern League in the 2017 municipal elections, and was even pictured in a party manifesto next to the party's mayoral candidate Luigi Baldassarri. He failed to win any support.

Italian news reports that the man has admitted to carrying out the shootings. He did a fascist salute as he was arrested,

The shootings happened just days after the dismembered body of Pamela Mastropietro, 18, was discovered hidden in two suitcases near Macerata. 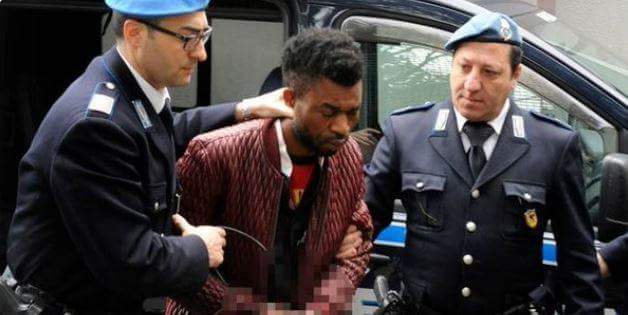 Nigerian migrant, Innocent Oseghale, 29, has been arrested in connection with her death. Local media are linking the attack to the murder. See previous report here

Italy's interior minister says the suspected gunman was immersed in "racial hatred" and had an extreme-right background with both neo-Nazi and neo-fascist ties. Marco Minniti told reporters in Macerata that the suspect had acted alone but planned the attack in advance.

Premier Paolo Gentiloni condemned the drive-by shooting spree, saying "hatred and violence will not succeed in dividing us."

Gentiloni said that "one thing is certain, that horrendous crimes and criminal behaviour will be prosecuted and punished. This is the law."

0 Response to "Photos: Six African migrants injured in drive-by shooting in Italy; attack linked to the alleged murder of 18-year-girl by Nigerian man"