» Entertainment » News » Police rescue 16 Nigerian women trafficked through Libya and forced into prostitution in Spain..They were threatened with Voodoo

Police rescue 16 Nigerian women trafficked through Libya and forced into prostitution in Spain..They were threatened with Voodoo 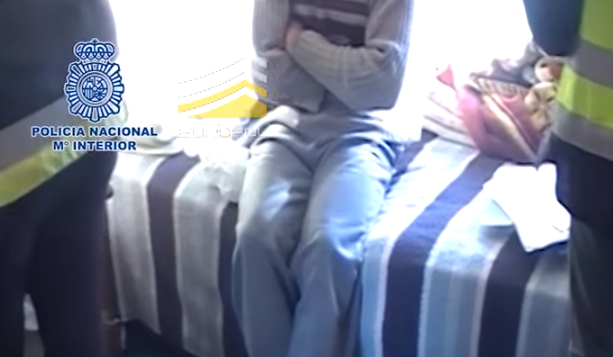 The Spanish National Police, supported by Europol, have rescued 16 Nigerian women that were forced into prostitution in Spain, and also arrested 11 members of a criminal network (behind the exploitation) that operated from Europe, mainly in Spain, Italy, Germany and Denmark.

The women were recruited in the Benin, Nigeria under false promises of a better life in Europe and were then trafficked to Spain, by using land routes to Libya, and from there to Italy by sea.

Once in Span, these women  were handed over to a madam and forced into prostitution until they paid off their debt. They were also coerced under voodoo threats by which they pledged to pay the debt incurred and not to denounce their exploiters to the police.

Watch the shocking video of a woman displaying the lists used to monitor how much they pay to settle their debts below.

0 Response to "Police rescue 16 Nigerian women trafficked through Libya and forced into prostitution in Spain..They were threatened with Voodoo"