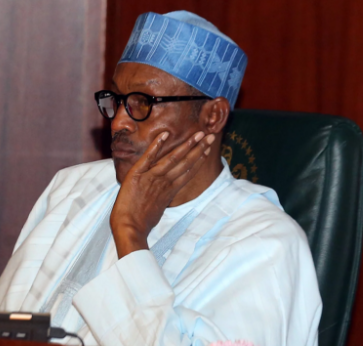 President Muhammadu Buhari’s extended family has been struck by the loss of two senior members who died within a few hours of one another.

Hajiya Halima Dauda who was buried in Daura on Saturday morning is the President’s niece and younger sister to his close associate and nephew Malam Mamman Daura. She died at about the age of 56, leaving behind 10 children, four of them male and six female including one of President Buhari’s Personal Assistants, Mohammed Sabi’u Tunde.

The burial was attended by a Federal Government delegation led by the Chief of Staff to the President, Malam Abba Kyari.

Others on the team were Senator Hadi Sirika, Minister of State in charge of Aviation; Alhaji Isma’ila Isa and Sayyu Dantata both of them businessmen; three Senior Special Assistants to the President, Sarki Abba, Ya’u Darazo and Garba Shehu; the Director General of the National Intelligence Agency, Ambassador Ahmed Rufa’i Abubakar, the Permanent Secretary, State House Jalal Arabi and the State Chief of Protocol, Ambassador Lawal Kazaure.

The Buhari family had earlier on buried Hajiya Ai’sha Alhaji Mamman on Friday. She was the wife of the President’s older brother, Alhaji Mamman.

Receiving condolences, Malam Mamman on behalf of the family and the Emir, Alhaji Umar Faruk for the people of Daura Emirate, thanked God for the lives of the deceased and all the visitors for sharing the moment of grief with them.

Among those received by the family in Daura are the Governor of Bauchi State, Mohammed Abubakar, the Inspector General of Police, Ibrahim Idris, EFCC Chairman, Ibrahim Magu and a former Military Governor of Kaduna State, Brigadier-General Jafaru Isa (Rtd).