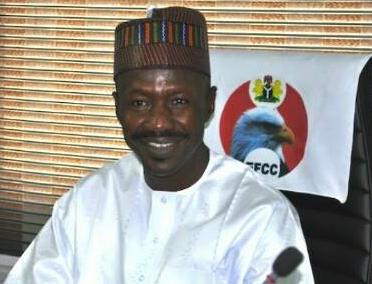 Giving a breakdown of the figures, the chairman of the antigraft agency said the monies include the $43million discovered in an apartment in Ikoyi, Lagos state and the N449 million discovered at a plaza in Victoria Island, also in Lagos. He also included “the N32 billion and $5 million which was forfeited to the federal government by a former minister of petroleum resources”.

The EFCC chairman added that the commission also recovered more than N329 billion from petroleum marketers in Kano, €6.6 million on behalf of the Nigerian Ports Authority as well as another N1.1 billion by Asset Management Corporation of Nigeria (AMCON).

Also recovered were the N27.7 billion being withheld in tax by banks, the more than N4 billion recovered as subsidy fraud funds among others.