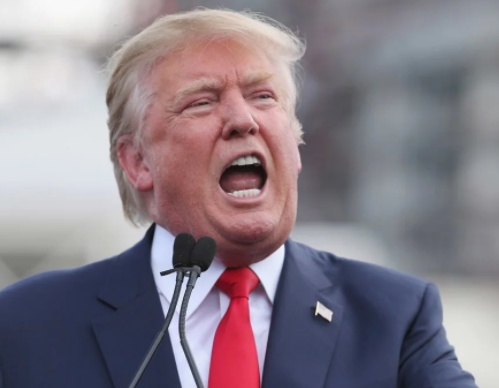 President Donald Trump has hit out at the reaction to the controversial Republican-drafted memo alleging abuses by the FBI during the federal Russia investigation, saying the document “vindicates” him, yet the “Russian Witch Hunt” goes on.

In a series of tweets, which has become a regular occurrence on a weekend morning for the president, Trump also talked up his increasing poll numbers, bemoaning the fact the media will not cover them despite the fact that his numbers are higher than some "sacred cows". He did not elaborate on who he was referring to.

The tweets come at the end of a busy week for Mr Trump, that started with his first State of the Union address which was relatively well received and finished with the release of the so-called Nunes memo. That memo, named after Devin Nunes the chairman of the House Intelligence Committee whose staff drafted the document, was already at the centre of a political firestorm over its contents before Mr Trump declassified it on Friday and allowed the House committee to release it.

Rasmussen just announced that my approval rating jumped to 49%, a far better number than I had in winning the Election, and higher than certain “sacred cows.” Other Trump polls are way up also. So why does the media refuse to write this? Oh well, someday!

This memo totally vindicates “Trump” in probe. But the Russian Witch Hunt goes on and on. Their was no Collusion and there was no Obstruction (the word now used because, after one year of looking endlessly and finding NOTHING, collusion is dead). This is an American disgrace!

Great jobs numbers and finally, after many years, rising wages- and nobody even talks about them. Only Russia, Russia, Russia, despite the fact that, after a year of looking, there is No Collusion!

“The four page memo released Friday reports the disturbing fact about how the FBI and FISA appear to have been used to influence the 2016 election and its aftermath....The FBI failed to inform the FISA court that the Clinton campaign had funded the dossier....the FBI became....

...a tool of anti-Trump political actors. This is unacceptable in a democracy and ought to alarm anyone who wants the FBI to be a nonpartisan enforcer of the law....The FBI wasn’t straight with Congress, as it hid most of these facts from investigators.” Wall Street Journal

The memo raises concerns about the FBI’s securing a Foreign Intelligence Surveillance Act (FISA) warrant as part of the investigation into possible collusion between Mr Trump’s presidential campaign and Russia. The memo claims the FBI and Justice Department’s actions in obtaining the warrant against former Trump campaign advisor Carter Page ”represent a troubling breakdown of legal processes established to protect the American people from abuses related to the FISA process”.

Title : #RepublicanMemo:Â President Trump rantsÂ about 'sacred cows', 'Russia Witch Hunt' and 'an American disgrace!'
Description : President Donald Trump has hit out at the reaction to the controversial Republican-drafted memo alleging abuses by the FBI during the federa...
Rating : 5
Related Posts: Entertainment, News