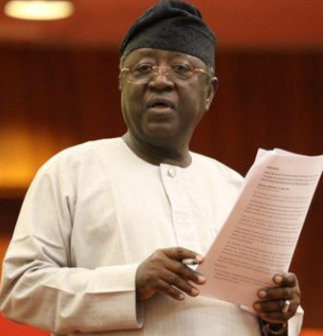 Former Plateau state governor now Senator, Jonah Jang, says the Nigerian senate is not meant for young people who have no political pedigree and experience. Jang who is over 70 years old, said this when he spoke on a TV programme yesterday February 3rd.

Jang was asked to react to plans by his proteges to take over his seat in the senate since he has clocked 73 and is expected to retire. Jang said the House of Representatives would be good for younger politicians.

“The Senate is not for good for young people, only the House of Representatives is good enough.” Jang said

0 Response to "''The Senate is not meant for young people'' ex-plateau state governor, Jonah Jang, says"