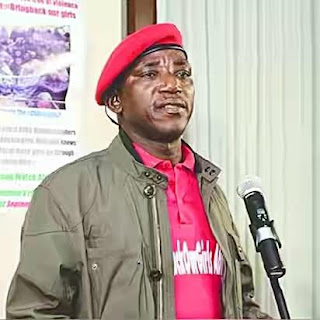 Minister of Youth and Sports Development, Solomon Dalung has hailed president Buhari's 2015 election as a victory against godfatherism. He said it is proof that one can win election in Nigeria without having money or the backing of powerful godfathers.

The minister who stated this while while addressing officials of the Permanent Mission, Nigeria House in New York, said there was a brewing political revolution against ‘god-fatherism’ in the Nigerian political space. He said:

“There is hope for Nigeria. The victory of President Buhari, up till now, not many Nigerians have understood it; it was a political revolution. What it has brought is that you can contest and win election even when you do not have money.’’

“God-fatherism’ was instituted to control elected officials so that they would not go beyond control." The minister blamed the country's problems on those he called “urban gorillas” whom he said were in charge of the country’s political machinery.

“At 53 years, they still call me a small boy,” he lamented saying he had contested elections several times and won but was deprived by the ‘urban gorillas’.