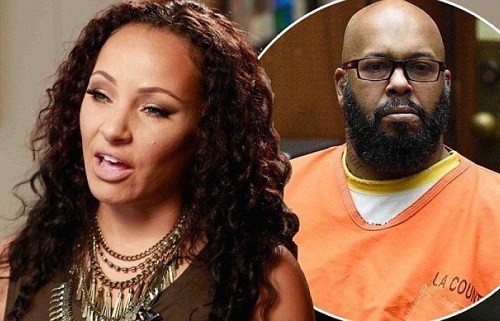 Former music exec, Suge Knight's fiancee will been spending three years in jail for helping him violate a court order.

Toi-Lin Kelly, 37, was on Friday sentenced for a probation violation stemming from Suge's upcoming murder trial for the 2015 death of Terry Carter, only months after agreeing to a plea deal to avoid jail.

According to the Times report, the violation stems from Kelly helping Suge get around a court-ordered stipulation on his jailhouse phone calls. Kelly is charged with assisting Suge arrange interviews with producers at BET about a documentary centered around Death Row Records. She is also accused of communicating with Knight via a private investigator, another no-no.

"To me, it's pretty blatant, and frankly, jaw-dropping,"Los Angeles County Superior Court Judge Douglas Sortino said, during the ruling.

In October 2017, Kelly was initially given probation after she was charged with violating a court order and accused of selling surveillance footage connected to Knight's murder trial to TMZ for $55,000.  She pleaded no contest and was sentenced to five years probation, ordered to pay back the $55,000 in restitution and perform 100 hours of community service.

Meanwhile, in another news, two of his Suge Knight's former lawyers were arrested last week on accessory charges.

Suge's trial is now set to begin in April.