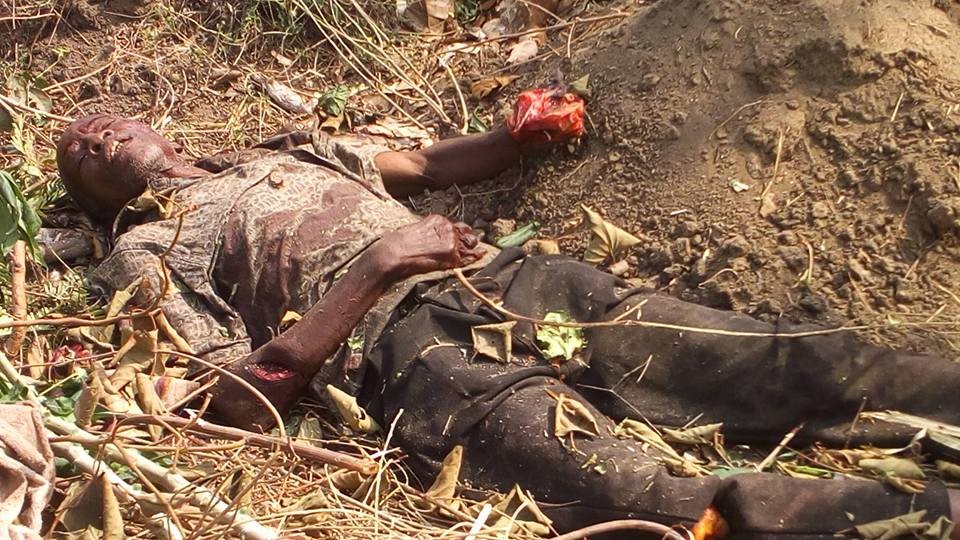 On Saturday, an elderly farmer was killed by suspected fulani herdsmen in his farm at Iseyin, Oyo State.

According to reports, his son, who was with him in the farm, was also said to have been injured by the herdsmen who also destroyed crops in the farm. The deceased, identified as Mustapha, alias Bebe Jeje, was said to be a gentle man who was very popular at Iseyin. .

A farmer by the name of Mustapha BabaJeje was beheaded in Iseyin,Oyo state yesterday by Fulani terrorists. Today they killed a man in Ekiti.Not a day has passed in 2018 that the Fulani terrorists have not slaughtered someone somewhere in our country yet the world remains silent!

While reacting to the development, the President-General of Agbekoyas Worldwide, Kamoru Okiki Aremu, said unless the FG and Governor Abiola Ajimobi immediately arrest and prosecute the culprits, the Agbekoyas would declare war on herdsmen all over Oyo State.

”We are grieving. These herdsmen went to Baba Jeje’s farm, killed him and also injured his son who was with him. We have had enough of these herdsmen; we are Agbekoyas and we don’t look for trouble. But for this that had just happened, we have sent all our members to comb the bushes for any herdsmen and deal decisively with them. If the FG and Governor Ajimobi fail to bring these people to justice, we are going to handle them in our own way. We are not afraid of anybody" he said.