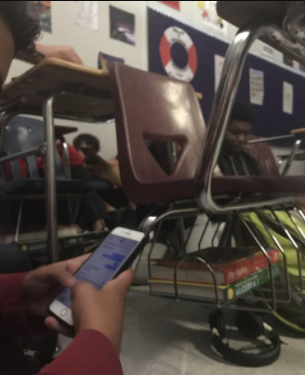 A girl, whose sister was one of the students stuck in Marjory Stoneman Douglas High School in Parkland, Florida, during the shooting that lasted for over an hour, has shared the text messages her terrified sister sent to her as Nikolaz Cruz, 19, opened fire on fellow students and teachers.

The messages capture the terror in the heart of the girl as gunshots pierced the walls of her class and injured her classmates. As the attack continued, she confided in her sister that she was scared then, as though expecting the worst, she told her sister she loves her, and asked her to tell her parents that she loves them too. 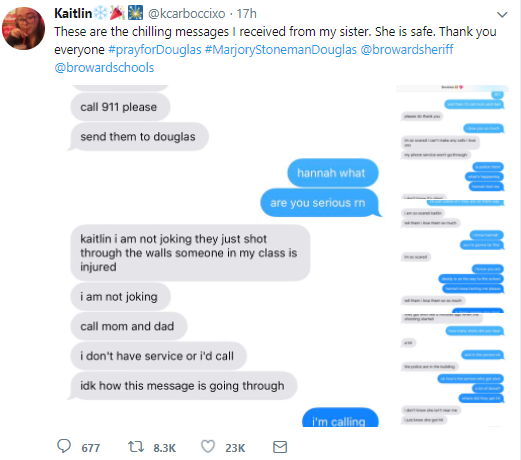 Fortunately, the girl made it out alive, but 17 people from the school were not so lucky.

Read the messages below. 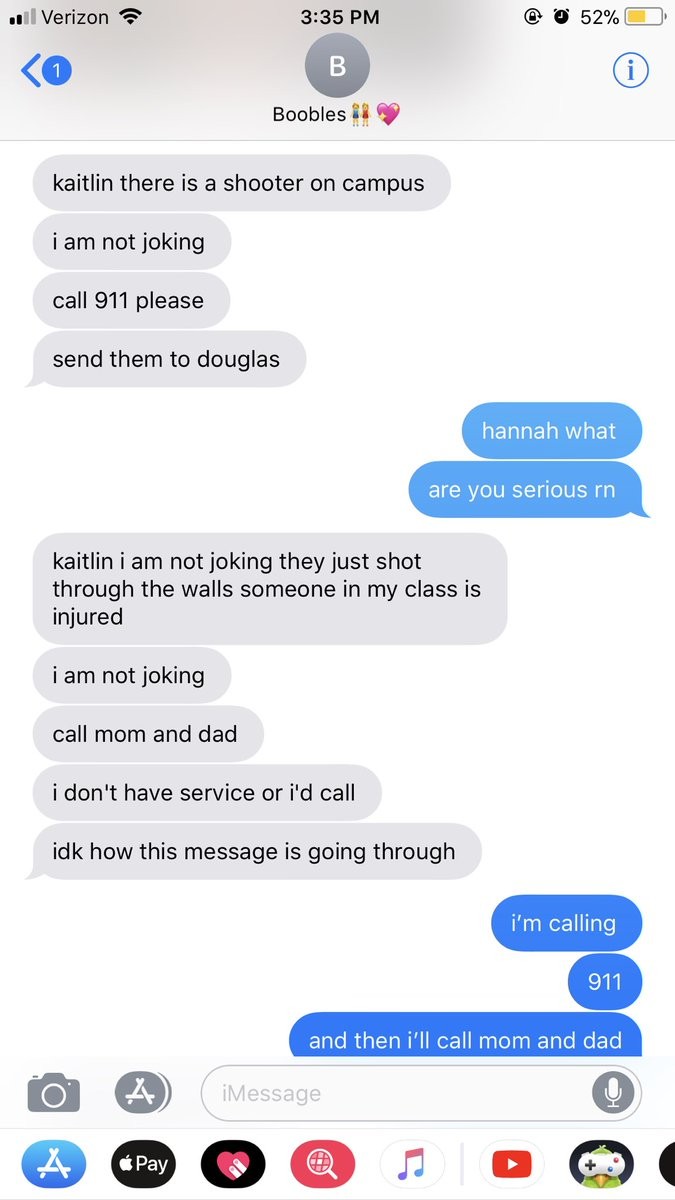 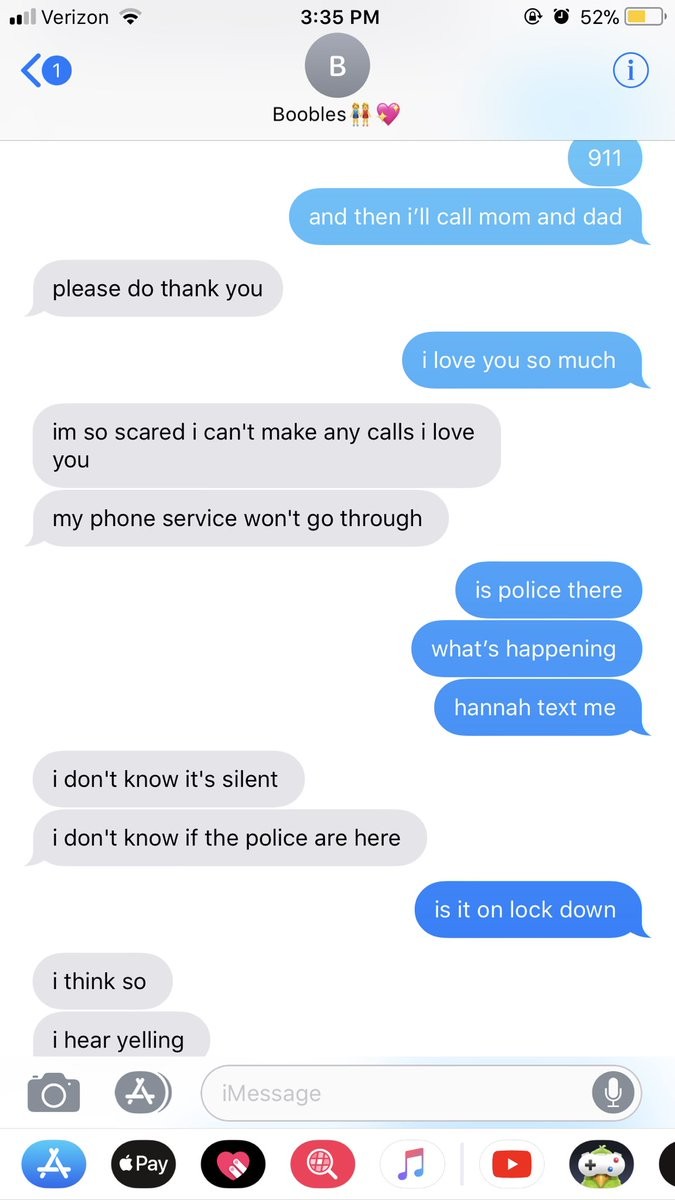 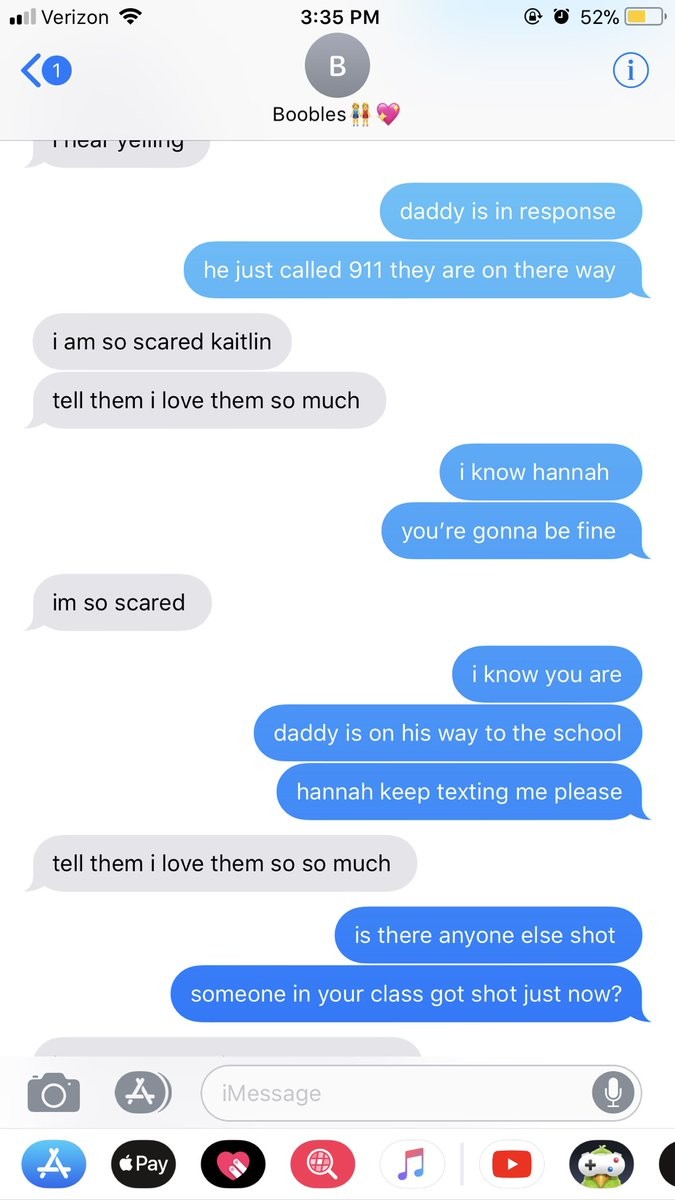 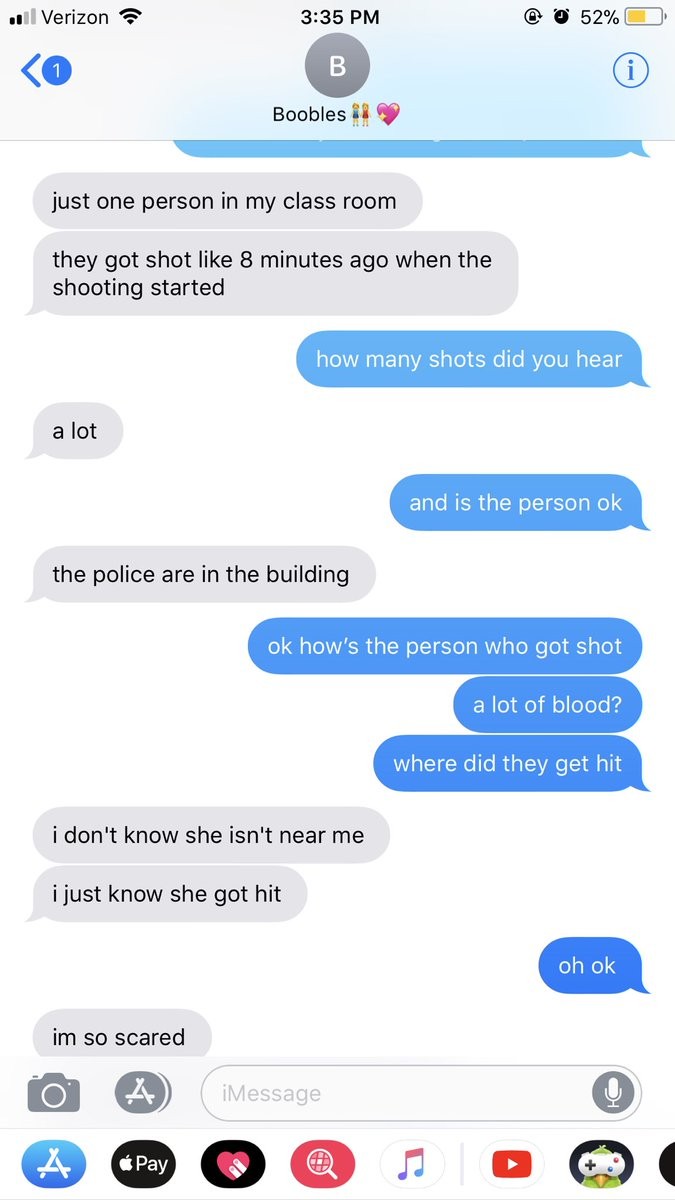 Title : "Tell them I love them so much" girl shares chilling text messages her sister sent her from inside Florida school during the shooting
Description : A girl, whose sister was one of the students stuck in Marjory Stoneman Douglas High School in Parkland, Florida, during the shooting that la...
Rating : 5
Related Posts: Entertainment, News