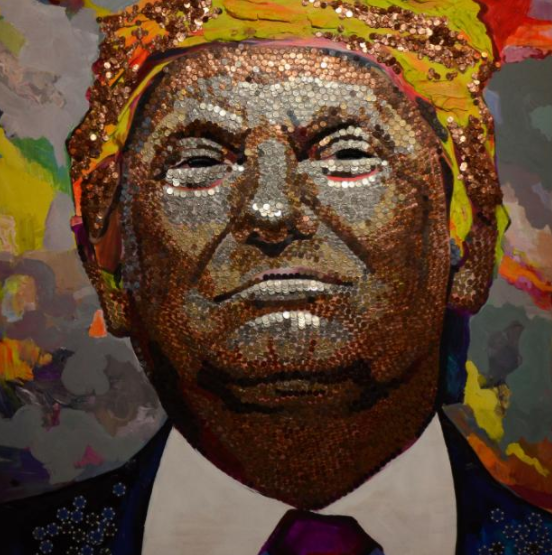 President Donald Trump became famous as financial success incarnate. Now, there's a seven-foot-tall portrait of the President literally made from money called "The Face of Money," the portrait is made out of hundreds of pennies.

"We wanted to show that against the backdrop of global problems and challenges that are now posed to humanity, when Trump talks about money, the problem of money seems petty," said Daniel Green, one of the artists.

Green and his partner, Daria Marchenko, recently made headlines with their portrait of Russian President Vladimir Putin made from bullet shells used in the Ukraine conflict. That portrait recently went on display in New York as part of an exhibition called "The Five Elements of War." 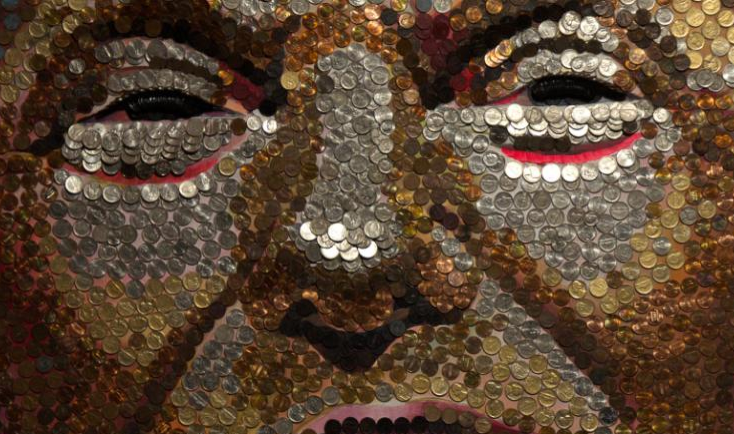 "He only talks about money. We have bigger problems like nuclear war and climate change. To me, it looks like he is rich but he is cheap," Green said.

The portrait of Trump took three months to make half the time of the Putin portrait as the coins were easier to work with than bullet shells. They used heat to bring out varying degrees of color in the coins, mixed with paint for Trump's famous hair.

They used casino chips for his jacket, a reflection of Trump's past as a casino magnate and his penchant for being a risk-taker.

Asked if they would sell their portrait of Trump to the man himself, Daria says: "If he would be so brave to look at himself from different angles, that would be progress."