Popular OAP-actor Ushbebe was a guest on the new episode of YouTube series ‘House Rules’; where he chatted with the show’s presenters about a handful of interesting topics.

The show hosted by Onuwa, Samuella, Muhammad, and Sandra had the 36-year-old comedian reveal he doesn't like the act of cheating by married men; openly expressing his aversion to those who take off or hide their wedding rings just to woo ladies. However, Ushbebe revealed before meeting his wife, he too had a fair share of being a modern-day Don Juan, commenting; “I be player! Na me dem dey call nigga those days.”

The hosts quipped about the word ‘fidelity’ throughout the episode, alluding it to the Nigerian bank, saying those who consistently cheat have active accounts with the bank, while those who don’t cheat have dormant accounts – to which Ushbebe immediately commented on; saying his account has been dormant for four years owing to his marriage and he is incredibly proud of this fact.

Ushbebe further commented on ladies in relationships, stating it is quite hard to find ladies in this day and age, who are willing to stick to a guy, genuinely love him and repudiate cheating in its entirety. He went on to praise and commend his wife; saying she is a good girl and few months into their relationship, he was certain that was the woman for him. The seasoned on-air personality also boasted of his faithfulness in his marriage; confidently stating that it would take a charm for any other girl to have him.

The hilarious episode ended on a bubbly note, with everyone playing card games as they discussed many more interesting topics.

House Rules is powered by The Cosmic Frequency Network - a digital content company which aims to revolutionize digital media across Africa. 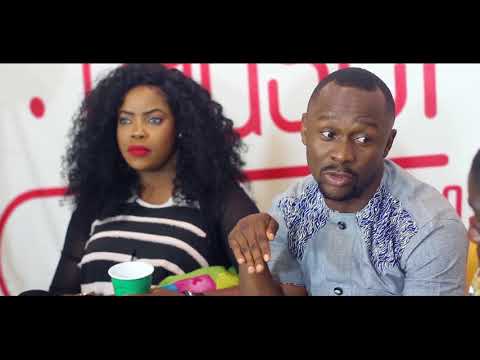 Title : Video: Ushbebe confesses his cheating days before marriage in new â€˜House Rulesâ€™ episode
Description : Popular OAP-actor Ushbebe was a guest on the new episode of YouTube series ‘House Rules’; where he chatted with the show’s presenters about ...
Rating : 5
Related Posts: Entertainment, News