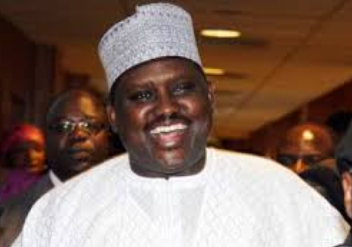 Wanted former chairman of the Presidential Taskforce on Pension Reform, Abdulrasheed Miana, has filed a N10 billion suit against acting chairman of EFCC, Ibrahim Magu for granting interviews in November and December last year in which the chairman of the antigraft agency allegedly used “slanderous, untrue and malicious” words against Maina.

Maina also asked for an order directing the defendants to pay jointly the sum of N10billion ‎as damages for the publications.

In the statement of claim, Onyilo said, “the 1st defendant. (Magu) who has a personal score and vendetta to settle with the plaintiff using the instrumentality of the 2nd defendant‎ (EFCC), maliciously embarked on a campaign of calumny against the plaintiff. The plaintiff avers that on the 30th of November 2017, the 1st defendant in the cause of a press interview aired different news report as well as on Internet medium of the various news media agencies made. The following statement, ‘it is terrible, as a result of Maina’s action, so many people, so many of our fathers and mothers who render service to this country had premature death, so many people had died…..he has been a civil servant, an assistant director. You people should stop celebrating criminals’… In a related development, on the 14th of December, 2017, the 1st defendant‎ was captured on air during another press interview at the International Airport, Abuja, where he further made the following statement, “we are working very hard to get the criminal who stole pension money and decided to go into hiding because you people are the ones covering him, we will surely get the criminal and bring him to justice”.

Recall that there was an uproar in the polity last October when Maina who has been declared wanted for committing N2bn fraud while serving as chairman of the Pension reforms, was reinstated and promoted by the Buhari government. The reinstatement is currently being investigated. Maina has since been dismissed from the civil service.