Otunba Gbenga Daniel, a former governor of Ogun State, has said faced with the two options of President Muhammadu Buhari and former Vice President , Atiku Abubakar, former president Olusegun Obasanjo will choose Atiku as his preferred candidate for the 2019 presidential election.
Reacting to a claim that Obasanjo had vowed that Atiku will not become in his lifetime at Press conference in Lagos, Daniel, who is the Director-General of the Atiku Abubakar Campaign Organisation, said from recent happenings in the country, Obasanjo may have seen Atiku from a new perspective, based on the failures of the Buhari administration.
Daniel who said he is optimistic that Atiku will become the next president also projected the former Vice President’s support for restructuring and his business background as among other reasons why he would make a better president of Nigeria in 2019.

He said: “When people take positions, they take them based on the information that is available to them. And as this progresses, sometimes you now discover new things, you face new realities, I think that a number of people have been quite unhappy with the progression that has taken place.
“People are facing a new reality, I won’t be surprised if Olusegun Obasanjo is starting to change his position. It does appear that if we are not careful, we will continue to retrogress in the quality of people that occupy political position.

“I guess and I hope I am correct, President Obasanjo has seen it that maybe he has other information. And in any case when you are faced with a situation you have to choose one of two evils.
“I am aware that President Obasanjo said that he doesn’t think that Buhari will make a good president but at the last minute something happened, maybe he got better information he then changed his mind and if he has changed his mind on that occasion, I think he can also change his mind.”
Projecting the potentials of the Atiku candidacy, he said that a formidable candidate like the former vice-president was needed to divide the 12 million votes that had historically been won by President Buhari.
He said: “Apart from this, politics and of course you will also know that he is speaking the language of the Southwest which is restructuring; that is what the Southwest has been clamouring for decades. Of course, he is speaking the language of the people from the Southeast and South-South which is talking about resource control.
“These are things that are very important to our people. So if logical reasoning is anything to go by, I have a strong feeling that he is going to be the next president of Nigeria.” 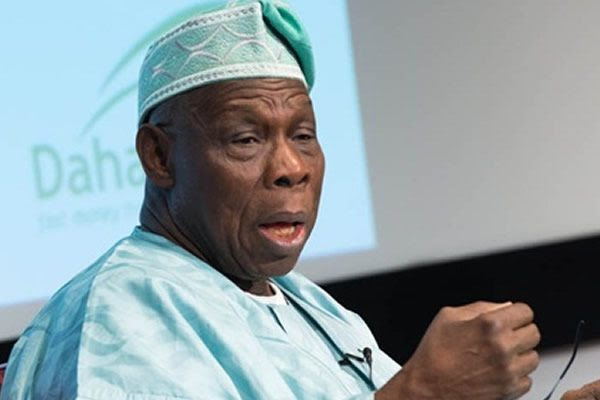 0 Response to "2019: Faced With Two Options, Obasanjo Will Choose Atiku Over Buhari – Daniel"