The Buhari Campaign, in the analysis provided to Vanguard by its Director of Strategic Communications, Mr. Festus Keyamo, SAN, also deposed that the President is making significant gains in several places he lost woefully in the past, notably in the South-South and in the South-East.

The assertions had earlier been dismissed by the Peoples Democratic Party, PDP which through its spokesman Mr. Kola Ologbondiyan described the defections as a signature tune for popular misgivings against the Muhammadu Buhari administration.

“First of all is that I am not disparaging those who have decided to cross. I am not going to disparage them or belittle their influence. I can only wish them luck in their individual endeavours. As to how their defection will affect the chances of President Muhammadu Buhari, I will say that from the demographics we have, from the historic figures we have and from the present realities that we know, it will have little or no impact on the chances of President Muhammadu Buhari.

“In Plateau, he did not win, but made a very good showing and there were sitting PDP senators and governor at that time.

In 2015, the President won many states. In spite of the absence of the structure of a sitting governor and senators, he won decisively.

“Now you have a situation where most of these states and more states, where the President has a sitting governor of APC and you also have senators of APC except one or two that may have defected now. Apart from Kwara, there is no state that had a total defection of all the senators.

“And if the local circumstances and politics is against you and because in all these cases the governors deliberately allowed them to go that means that for every of such defections there is a calculation of an easy and equal replacement if not better replacement.

“It means therefore that what you see as a loss is actually a gain to the President’s chances. When a party allows you to go when you don’t want to go you should understand that in their local calculation you are of less value than the person they want to use to replace you. So, we may be in for a monumental landslide for President Buhari in 2019.”

“For instance in the eastern part of Nigeria, the heavyweights that are coming into the party, people are not talking of them. Chief Jim Nwobodo, Orji Uzor Kalu, Ken Nnamani, Arthur Eze, Hope Uzodinma and in Anambra State where APC was not a factor before, APC came second in the last governorship election and PDP came third.

“In the South-South we are making inroads and we retained Edo. We have two senators in Rivers and in Cross River one, and Akwa Ibom has one senator and the state is shaking.

“Even people think that he has lost support in the Middle Belt which I think is not true and all those states in the South-South will easily cover up for that.

“So from all the pluses are 80% and the minuses are about 20%. So in the last three years everything taken together if the losses were to be white and the gains to be red, if you mix them together there will be more of the reds than the whites.” 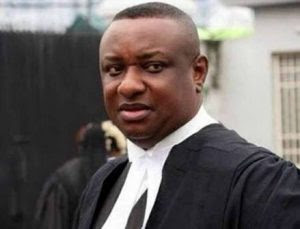