According to a report by social commentator, Ukan Kurugh, some people who are loyal to the Federal Government were planning to impeach governor Samuel Ortom during today’s sitting.

The Benue State House of Assembly this morning again, has come under serious attack from both camps of the divide. It is gathered that last night’s secret meeting was held by some people who are loyal to the FG, to facilitate impeachment moves against Gov. Samuel Ortom. The youths as reported, on hearing this, trooped to the state House of Assembly complex at 5am to block the place, but the Police sent from Abuja to rather aid the impeachment are right now clashing with the youths and vigilante groups at the gate of The Assembly. Tears gas is fired at will to disperse the crowd as I write this.

This is coming as result of the impeachment of the speaker, Terkimbi Ikyange and the defection of Governor Samuel Ortom in to the PDP. 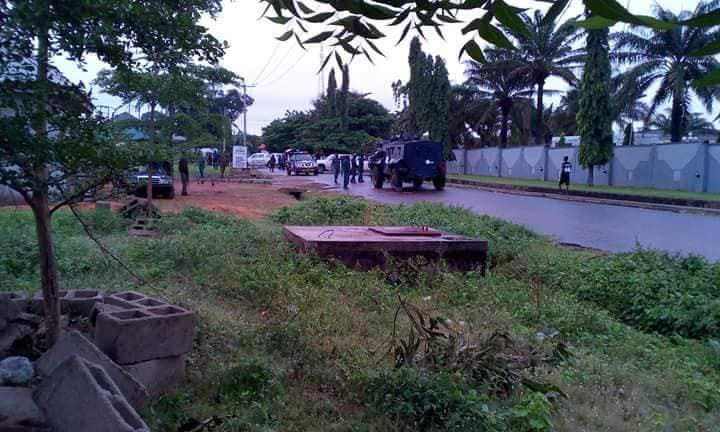 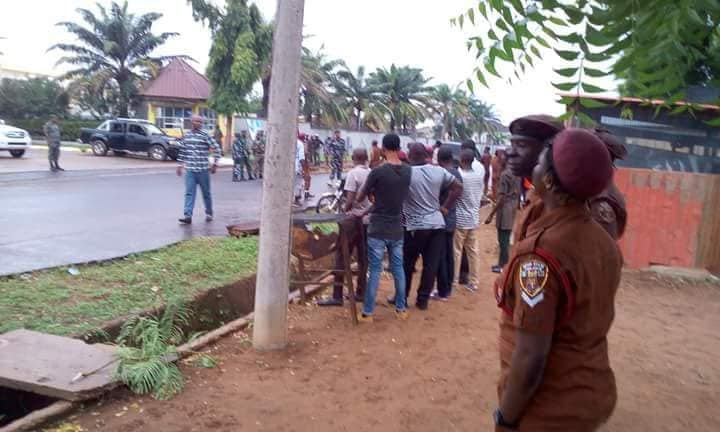 Title : Armed Security Men Take Over Benue House Of Assembly
Description : According to a report by social commentator, Ukan Kurugh, some people who are loyal to the Federal Government were planning to impeach gover...
Rating : 5
Related Posts: freebeat, Music, Video