An African zoo in Cairo, Egypt is currently under fire after parading a donkey as a zebra to visitors, by painting it black and white.

The animal sanctuary in the Egyptian capital’s International Garden municipal park has recently opened but one visitor spotted something odd about one exhibit.

Student Mahmoud A. Sarhani visited the zoo on July 21 and took pictures of the odd looking zebra.

The creature had unusually long ears and lacked the distinctive mane usually present on the African beasts.

A closer inspection revealed the equine creature was in fact a strategically painted ass.

Mahmoud shared a photo of the “zebra” on Facebook and the post quickly went viral in Egypt.

Local media in the North African country covered the bizarre incident with a lot of local vets confirming the animal was a donkey.

In another related news, A Zoo in Northern Mexico was able to develop a rare zebra-donkey cross in 2014.

The Reynosa Zoo in Mexico welcomed the Zonkey, named Khumba, which was born on April 21.

His mother is a zebra called Rayas, while his father is Ignacio, a dwarf albino donkey who lives on a nearby farm.

Rayas used to visit Ignacio every afternoon and the donkey would also cross into the zoo to see her.

Eventually the zebra got pregnant, surprising the zoo staff.

Khumba is a rare case in the animal world because the zebra and donkey chromosomes are not usually compatible. 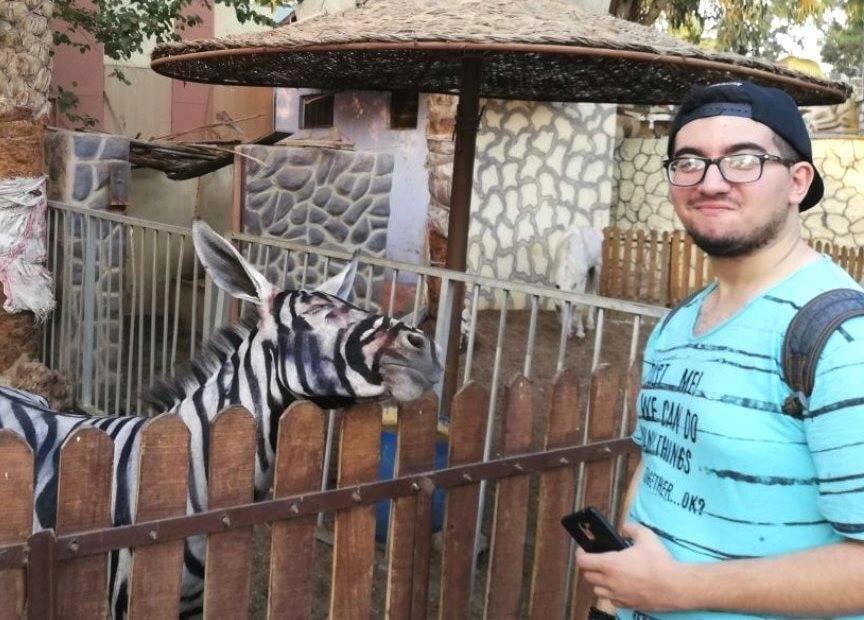 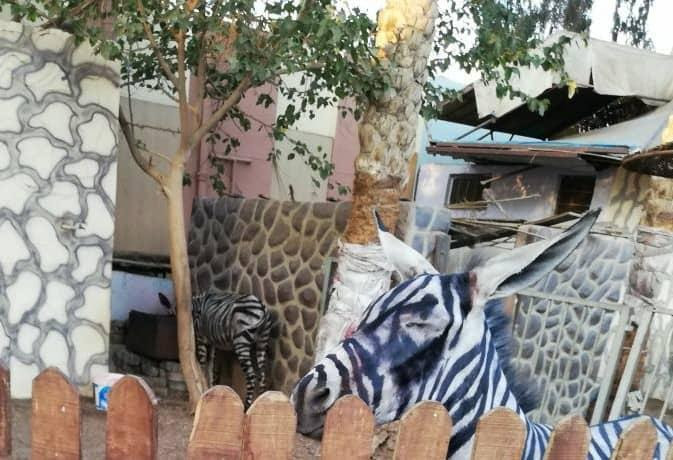