A member of Fayemi’s legal team, Mr. Tajudeen Akingbolu, said hi party has formally written to INEC requesting for the Certified True Copies (CTCs) of the electoral documents which had not been granted.

Akingbolu who spoke with news men in Ado-Ekiti Today said he had gone to INEC office to see the Resident Electoral Commissioner (REC), Prof. AbdulGaniy Raji , on the development but was told that he was not on seat.

When contacted, INEC spokesman, Mr. Taiwo Gbadegesin, declined comments on the matter saying “only the REC can speak on the development.”

According to Akingbolu, “Immediately after the election was conducted, July 16 to be precise, we wrote an application to the REC to the effect that we need CTCs of Forms EC8A, EC8B, EC8C, EC8D, EC8E and other documents used for the conduct of the election but up till now, we have not been granted access to those documents.

He added that “This is my third time of coming here but we heard scary information this morning that our adversary, that is PDP, have come here and has been given access to those documents.

“We were reliably informed that they (INEC) has opened the store where these documents are kept for them without putting us on notice.

“That is why we want to sound a note of warning that, for any document to be released at all, every party must be available and every other party must be on ground and present.

“We don’t want a situation whereby electoral materials, particularly the ballot papers, will be mutilated, tampered with or destroyed. They can be thumb-printed again to make them look as if they are void.

“That is why we want to warn INEC to be on the side of caution on this issue. We know the character of the people we are dealing with, we don’t want to take any chances at all and we don’t want to be put on the defensive.

“We heard from a very reliable source that they have been having access to the documents since last week. In a situation in which the other party is not given access it looks somehow.

“I went to REC’s office but I learnt he is not available and I have to come out and wait for him. That is not the practice anywhere in the world. 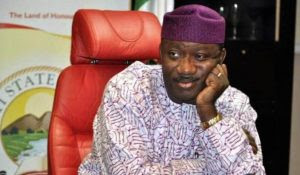