Female Student From Another University Caught Stealing In UNIBEN (Photos)

A female thief has been arrested at a female hostel of the University of Benin, UNIBEN, Ekenwan campus. She claimed to be a student of Novena university, Delta State.

According to reports, there have been many recent cases of theft in the hostel. Just three days ago, a student reported that her laptop and phone were stolen, overnight, from her wardrobe.

However, this morning, laptops, phones and a hand bag got missing inside three different rooms and an alarm was raised. That was when a student said she spotted a girl with tinted hair, leaving the rooms.

The gate to the hostel was promptly locked and a search was initiated. The suspect was eventually found inside the common room and apprehended. She later confessed to the many thefts.

According to the hostel occupants, the suspect, who claims to be a student of Novena university, goes around telling people that she’s a fresh student of Uniben with no hostel space to stay and that they should please accommodate her for the night.

Once taken in, she strikes by going to surrounding rooms, very early in the morning, to steal, especially when the occupants have gone out to have their bath.

She was later taken to the security office at Ugbowo, Uniben. 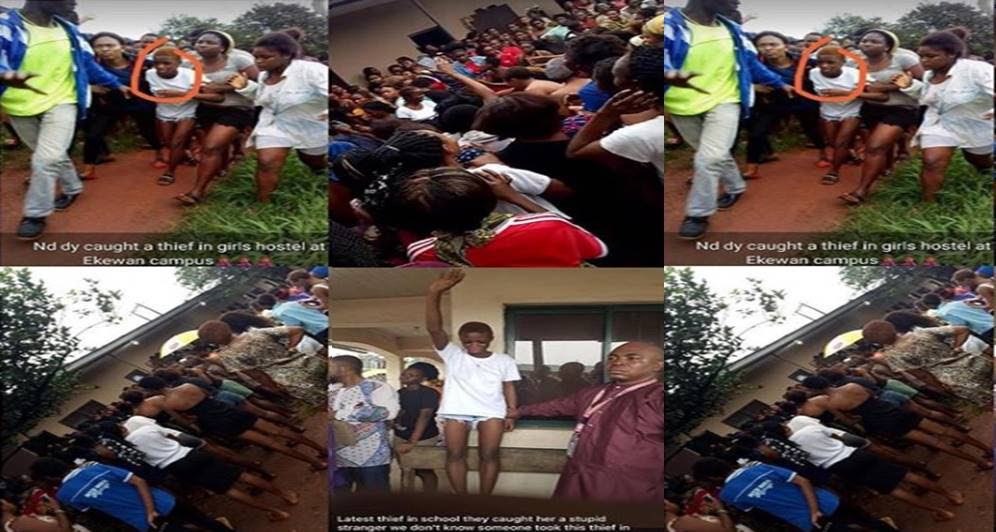 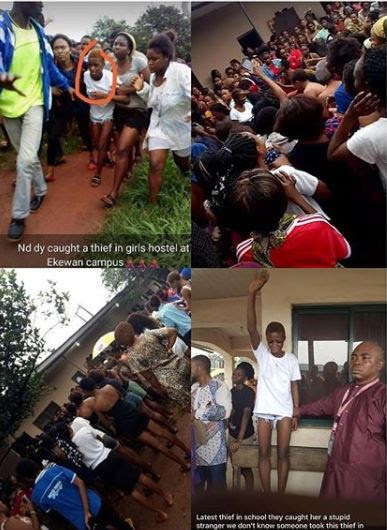 Title : Female Student From Another University Caught Stealing In UNIBEN (Photos)
Description : A female thief has been arrested at a female hostel of the University of Benin, UNIBEN, Ekenwan campus. She claimed to be a student of Noven...
Rating : 5
Related Posts: freebeat, Music, News, Video