A man has been arrested by police authorities after he was caught having sex with a goat.

The 32-year-old man is currently cooling his heels in police cell for allegedly having sexual intercourse with a goat in Ajumako Anyan Asiam District of the Central Region of Ghana.

According to reports the suspect was arrested by the youths of the area and subsequently handed over to the police.

It was gathered that the owner of the goat had tied the animal at his residence to feed before leaving for church.

On his return, he said he heard an unusual noise from where he had tied the animal so he approached the scene only to find Daniel on top of the goat with his trousers pulled down.

The complainant raised an alarm and the youths helped to arrest Daniel. He said the goat was seriously bleeding at the time it was brought to the police station as an exhibit.

The residents who caught the suspect in the act reported that there were blood stains in the cloths of the suspect.

In a video footage trending online, the suspect confessed to committing bestiality with the animal. 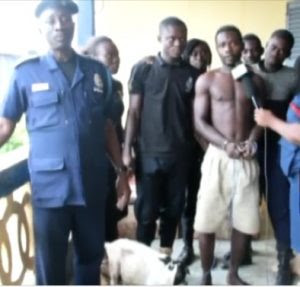 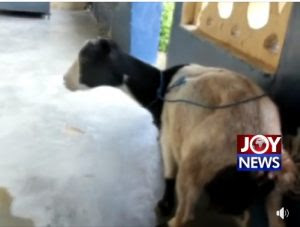 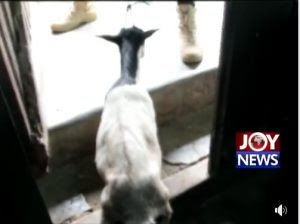