INEC To Deploy Over 3,500 Staff For Bauchi South Bye-Election

The Independent National Electoral Commission (INEC) has stated that it will deploy over 3, 500 ad-hoc staff for the Bauchi South Senatorial District by-election slated for August, 11th, 2018.

This was disclosed by the Director, Voter Education and Public Enlightenment, Yahaya Salihu at the Commission’s headquarters in Bauchi.

He said that the adhoc staff will be trained on the rudiments of election process in order to have a hitch free bye-election.

‎INEC had earlier disclosed that the bye-election will be held in 445 Voting Points, 1, 499 Polling Units in 75 wards of the seven Local Government Areas of Bauchi South Senatorial district.

Political parties have conducted primaries and elected their candidates that will participate in the bye-election. 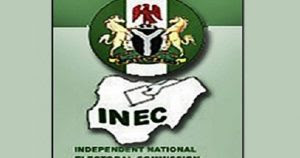 0 Response to "INEC To Deploy Over 3,500 Staff For Bauchi South Bye-Election"