Former Deputy National Publicity Secretary of the All Progreasives Congress (APC), Comrade Timi Frank, has raised an alarm over a fresh plot to arrest the President of the Senate, Dr. Abubakar Bukola Saraki, on the orders of the Inspector General of Police, Ibrahim Idris in connivance with the presidency.

Frank in a statement in Abuja said he has reliable information that the IGP has ordered operatives of the Special Anti-Robbery Squad (SARS) to raid Saraki’s residence any moment from this night and effect his arrest.

He described the plot as an act of desperation and utter wickedness by the IGP who is overly eager to redeem his image following the failure of the police to prevent Saraki from attending the sitting of the Senate on Tuesday where 15 APC lawmakers defected to the Peoples Democratic Party (PDP). 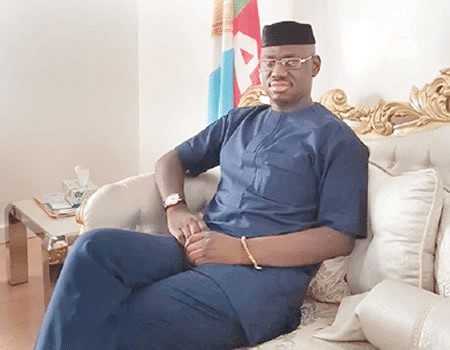 Frank said that the Presidency is equally anxious to get back at Saraki over the defections and therefore has mandated the IGP to ensure his arrest and detention simply to embarrass him.

“Recall that the police on Tuesday morning laid

siege on the residence of the President of the Senate and that of his deputy in a bid to arrest and prevent them from attending plenary. Saraki was able to escape and presided over the Senate.

“Following the development the presidency summoned the IGP and after berating him for failing to gag Saraki, gave him a fresh ultimatum to arrest Saraki using every power at his disposal.

“This act of desperation by the IGP, backed by the presidency against Saraki is condemnable as it has no place in democracy.

“I hereby call on all Nigerias and members of the international community to rise in unison to condemn this act of tyranny and barbarity being perpetrated against the President of the Senate by the present administration using the police.

Nigerians to hold the IGP and the presidency responsible should any harm befall him following the plot to invade his residence in the dead of the night,” Frank said.

He added that Saraki is a respectable and responsible leader who cannot hurt a fly, saying all efforts being made by this administration through the police to tie the Offa Robbery allegations on him will once again collapse like the CCT trial.

“They are only out to victimize Saraki for being the only responsible voice in this administration. They know that their allegations cannot withstand legal scrutiny, therefore they want to intimidate, embarrass, arrest and treat him like a common criminal.

“But I am rest assured that their present satanic plot against Saraki shall be frustrated by God who has been standing by him in the last three years,” he said.

He called on Nigerians to pray for Saraki as he faces this monumental trial once again.